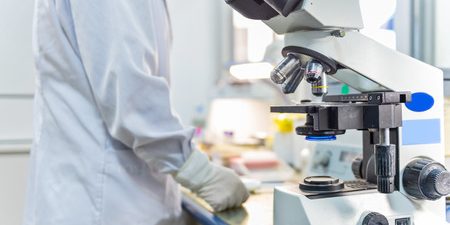 There have been new discoveries regarding deformed wing virus (DWV), a threat to honeybee colonies in most parts of the world. DWV is typically associated with varroa mites, which are another threat to bees that can spread the virus within a colony. The mites are small blood sucking parasites known to infect adult bees through larvae. In most cases, honeybees suffering from DWV are often infected by varroa mites, making the mites an essential part in testing the virus.

Researchers from the University of Veterinary Medicine in Vienna have tested the virus using artificial material similar to the genetic makeup of the virus itself. DWV symptoms were reproduced within labs by the injection of synthetic ribonucleic acid (RNA), since DMW is considered an RNA virus due to its single strand of genetic material—unlike DNA, which is a double strand of genetic material. The artificial material allows scientists to test new strategies to combat the virus and help protect bee populations from further decline, an issue many have become enlightened of in recent years.

Previously, scientists used samples of deformed wing virus that were taken from infected bees, but they realized the samples were too complex to clearly navigate the course of the virus, making it harder to control. Using a molecular clone created more controlled experimental conditions, and scientists found it easier to manipulate different aspects of the viral life cycle through molecular clones. The artificial samples have allowed scientists to study the same virus and its symptoms without biased results. Along with adult bees, scientists also used larvae and pupae as subjects—both were injected with the artificial virus to see how it would affect their growth.

While testing the virus on larvae and pupae, scientists noticed that the virus targets tissues and host cells during the pupal stage. They were able to find viral antigens, the specific protein associated with DMV all over the body. Neural, gland, and connective tissue cells were the parts most affected by the virus. “The high concentrations of viral proteins — the antigens — in the glands could also indicate an oral transmission of the virus from one bee to another in the hive,” explained Professor Till Rümenapf, the head of the Institute of Virology at the University of Veterinary Medicine, Vienna. Scientists also believe oral transmission could explain why there are some cases where the virus may spread without the presence of varroa mites.