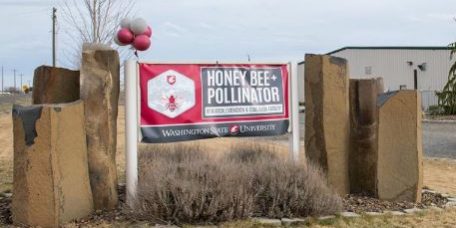 Is there anything more exciting than getting the next generation excited and informed about the honey bee and other pollinators? There is a new project that was just launched that is going to do exactly that. Washington State University recently announced the official opening of the brand new Honey Bee & Pollination Research, Extension, and Education Facility in Othello.

We have seen an enormous influx of local programs, usually run by local beekeepers, to educate people on the honey bee. This, however, is something on a much grander scale. While there are obviously programs like this in existence, we believe there are far too few of them. Getting these kids in grade school, high school, and college will go a long way to ensuring the next generation realizes just how important the honey bee is to the world economy.

André-Denis Wright, dean of the College of Agricultural, Human, And Natural Resources Sciences, stated, “This new facility will be a tremendous benefit to our WSU bee and pollinator researchers as well as the beekeeping and agricultural industries in Washington and around the world. The support we’ve had from donors like the Hiatt family, Ken and Sue Christianson, and Eric and Sue Olson, and groups like the Washington State Beekeepers Association has made this possible.”

The report stated that about $3 million has already been raised for the project, but the fundraising is far from over. The Hiatt family, owners of the Hiatt Honey Co., seem very much dedicated to this case, with Tim Hiatt stating, “Our industry needs to support the science WSU researchers are doing. We’re happy to have helped secure this new home for them and are looking forward to the valuable research that will come out of it.”

One of the more exciting aspects of the new facility is that researchers will be able to study bees in a commercial-like setting. Steve Sheppard, P.F. Thurber Endowed Professor of Pollinator Ecology in WSU’s Department of Entomology, stated, “Having more colonies allows us to do larger field studies on a wide variety of topics. We’re working on scaling up our fungi research to a commercially relevant scale, plus we hope to collaborate more with the seed production industry.”

In addition to honey bees, the facility already has plans in the words to be able to work with other pollinators as well, such as bumblebees. WSU already has a beekeeping course available, and it plans on moving that course to the facility over the summer term.