New Maine Legislation Would Limit Use of Dangerous Pesticides 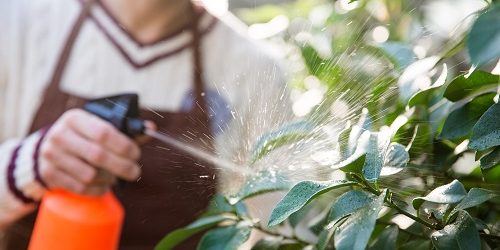 The future for honey bees in the state of Maine just got a little brighter. New legislation has been introduced that will severely restrict and/or limit the use of several pesticides known to be harmful to our favorite pollinator, the honey bee.

The new legislation is being proposed by Rep. Nichole Grohoski. She stated, “Clothianidin, dinotefuran, imidacloprid or thiamethoxam are highly toxic to honey bees and bumblebees.” Grohoski stated there are numerous stressors that have contributed to the decline of the honey bee, many of which we have covered here on our blog, but she stated these chemicals named are also one of the major contributing factors.

Additionally, Grohoski stated we need to get the average homeowner more educated on this subject. She stated, “These people don’t have endless free time to research which chemicals are more or less toxic, nor are they likely to read the very fine print on the back of the bottle.” If her legislation is passed, the pesticides named would no longer be available for use by homeowners. Additionally, even professionals would have to have special certification to use them.

While there seems to be ample support among activists for the legislation, not everyone is buying it due to the language of the bill. Apparently, the legislation is very vague when it comes to defining “landscaping,” so critics are worried the bill could hurt local farmers. Harry Ricker, an apple farmer, stated, “This bill is what we call a slippery slope towards affecting us farmers and some of the better chemicals that we can use to help protect our produce – apples in our case.” Ricker further stated, “These chemicals are selective. They’re pretty good at killing most of the bad bugs, and they’re easy on the good bugs.”

According to local news reports, even supporters of the bill want the language cleaned up before they put the bill on the floor for a vote. With better language, they believe the bill would have a very good chance of making it through. Based on the comments of Ricker, it would seem even its critics would be happy with better language because many of their crops also depend on the honey bee for pollination. Hopefully, their critiques are taken into consideration, the language is changed, and this bill becomes law so our pollinators are kept safe.