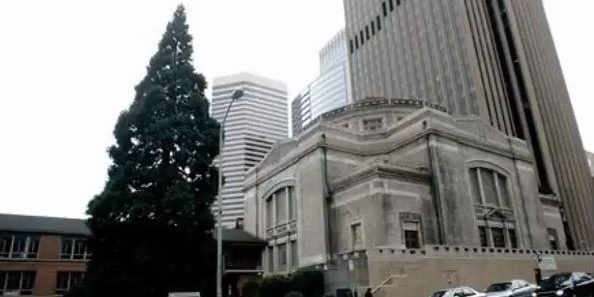 In downtown Seattle, specifically at a facility called The Sanctuary Seattle, enough hives to hold 20,000 honeybees are being installed, with the future occupants coming all the way across the sea in Hawaii. Once they arrive, the Hawaiian-raised Carniolan bees will be used for urban beekeeping, housed on the grounds of the oldest church in the city, which was revived recently through the help of local realtors.

In terms of how exactly the bees are to be cared for once they complete their trip from Hawaii to Seattle, they will be housed on the church’s roof in the specially constructed hives. From there, regular but considerate harvesting of the bees’ honey stores will be undertaken by Gavin Stephenson, who is the executive chef for The Sanctuary Seattle.

Stephenson intends to utilize the honey for recipes and cocktails, but this project is about more than just having naturally grown local honey. It’s also about preservation and sustainability—something bee populations need in spades these days. “There’s not enough bees for the pollination we need,” Stephenson said. “If you think about it, every one third of a bite you put in your mouth, a bee had something to do with it. So, if the bees go away, we go away.” For now, The Sanctuary Seattle will be starting with only one bee hive on top of the church, with the hope being to eventually reach as many as 20 hives.

Each of the colorful hives were constructed by ZGF Architects, and they also added lanterns, the glow of which will allow people down in the streets below and the surrounding buildings to see the hives. This includes everyone within The Mark, the city’s brand new skyscraper, which is also attached to The Sanctuary Seattle and is the city’s second highest building. According to Ashley Dimick, who is a designer for ZGF Architects, “We have four different hives. With our design, we wanted to sort of mimic what’s happening in the hive.”

Stephenson, who acts as the head beekeeper in addition to being the executive chef, also manages another urban hive on top of Seattle’s Olympic Hotel. Per his experience, Stephenson says it is not necessary to immediately plant a garden or other flowers on rooftops near the hives because the honeybees can forage for nectar and pollen as far as six miles away. “They’re amazing creatures,” Stephenson stated. “We’re lucky to have them.”