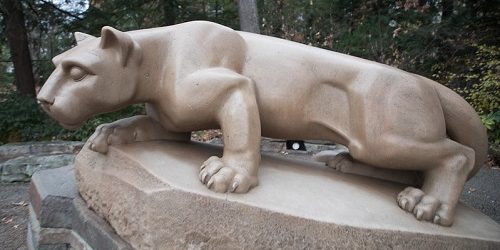 There is a new solar project underway at Penn State University. The new 70-megawatt solar project will not only provide 25 percent of PSU’s electricity for the next two decades, but it will also provide a new home for local pollinators. In all, more than 150,000 solar panels will be installed over 50 acres, land pollinators will now be able to thrive on.

Harland Patch, the Assistant Research Professor of Entomology at PSU stated, “We have been given a remarkable opportunity to show how renewable energy production can be a platform for biodiversity, especially for valued pollinator species. What we are proposing is new to the U.S., and we believe it will be a model for others to emulate.”

A big part of the project is to not only provide a source of renewable energy for the school but to also do so in a manner that will not impact the local habitats. Patch stated, “The facility is being constructed in a regenerative fashion, meaning that steps are being taken not only to minimize damage to the land but also to improve soil health and create wildlife habitat.”

With honey bees dominating the news cycle these days, the school wanted to find a way to help the plight of pollinators. Pennsylvania is one of the states here in the United States that gets hit a bit harder than other areas when it comes to winter loss of hives. Right now, Pennsylvania beekeepers are experiencing about a 50 percent loss over the winter, about 20 percent over the norm and 10 percent more than the national average right now.

Christina Grozinger, a PSU professor of entomology, stated, “We must find creative ways to incorporate pollinators in landscape management. It’s gratifying to be part of an endeavor that can rebuild our honey bee colonies.” Patch added, “A venture of this magnitude will require support from a number of people from various backgrounds to get it up and running. As for long-term sustainability, we propose having ‘living laboratories’ at the sites that would be used for education and research focused on pollinators and sustainable landscape management.”

The entire project is being crafted with pollinators in mind, right down to the seeding that will be used for grass, plants, and shrubs being used to populate the area. Patch likened it to “flower farming for honey bees.” The biggest challenge they will face is in finding plants that can grow under the solar panels that are used by pollinators.