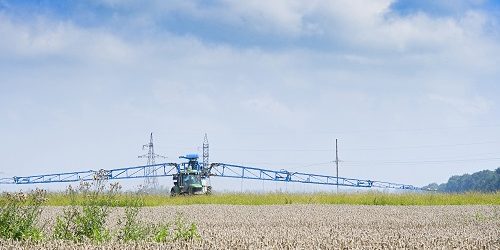 While research into neonicotinoid pesticides, which have proven to be harmful to pollinators like honey bees, has brought about many new revelations, scientists announced recent findings that provide new insight into how these pesticides affect the declining pollinating species around the world. It turns out exposure to a specific neonicotinoid pesticide called imidacloprid causes complex changes for bumblebees and their social behaviors—a terrible finding for creatures that rely on colonies for survival.

To be more specific, a neonicotinoid pesticide is a nicotine-like chemical that attacks a pest’s nervous system. Used considerably since the 1990s, these pesticides, also called “neonics,” work well in combatting a wide variety of pests, all acting in a very similar manner. They can survive water, and plants can absorb them and distribute them throughout their tissues. Whenever insects feed from coated plants, the neonics bind to and then block neurotransmitters within the insect’s central nervous system, resulting in overstimulation that eventually leads to paralysis and death.

Given neonics don’t harm mammals with the dosages in pesticides, they were initially believed to be much safer than other pesticides, as they remove the necessity for multiple uses of pesticides known for their toxicity to mammals. However, recent studies have shown trace amounts of neonicotinoids stay in the nectar and pollen of plants, thereby affecting pollinators like butterflies and bees. Nearby wild and crop plants could be contaminated as well, and the pesticides can amass in the soil. Neonic pesticides have also been found in honey, streams, wildflowers, and garden flowers.

There’s been evidence to suggest that neonic exposure could negatively impact honey bee hives, but the ways in which the pesticides affect bees isn’t entirely understood. According to a study released last week by the American Association for the Advancement of Science, a team of scientists examined how various amounts of imidacloprid affected bumblebee colonies, finding exposure to amounts of the pesticide likely to be on crops actually affected the bees’ social behavior in unexpected ways.

Bumblebees that faced imidacloprid exposure grew less social with the rest of the colony. They foraged and nursed larvae less while also spending less time creating the wax canopies that insulate and regulate the hive’s temperature. This matches studies of years past, but this particular study used a robotic, automated platform for continual, multi-colony monitoring of specifically identified worker bees and found the bees’ behavioral changes differed throughout the day.

The behavioral changes seemed to peak during the evening and when temperatures were cooler. Bumblebees exposed to realistic imidacloprid concentrations had problems with temperature regulation, which could have been aggravated by a propensity for moving to the nest’s edges rather than remaining clustered in the middle. These complex behavior changes resulting from neonic exposure emphasizes the importance of utilizing technology to study environmental changes on not only a larger scale, but also down in the hive.