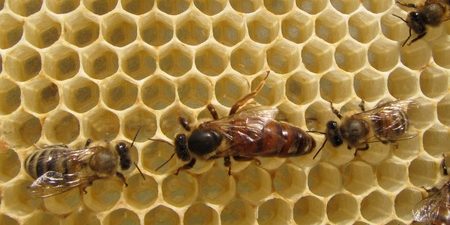 In 2006, the arrival of the unexplainable, unexpected colony collapse disorder spooked enough individuals in the United States and beyond into taking notice of the plight of honey bees and various other pollinators, such as monarch butterflies, hummingbirds, and native wild bee species. While some debated the veracity of one specific cause being the reason behind so many collapsed colonies—meaning an entire population of worker bees would inexplicably disappear from a hive—many could agree that pollinators were suffering declines in their populations. Rather than point the finger at one cause, researchers have become more inclined to believe in the last ten years that various factors have contributed to bee decline.

As one of the most widely publicized suspected causes of declining bee populations, neonicotinoid pesticides have come under considerable scrutiny in recent years, with some European countries even looking to ban them altogether and individual U.S. states starting to restrict their use through local and state ordinances. There is sound research to back up these concerns, with one recently published study in the online journal PLOS One even indicating that the use of neonicotinoid pesticides could result in reduced genetic diversity in honeybees.

Effects of Neonicotinoids on Queens

Neonicotinoid pesticides have been well-documented and are known to cause various adverse sublethal effects in honeybees, per this recent study. For a eusocial species like honeybees, a hive’s queen is irreplaceable for colony functioning and reproduction, being the colony’s only breeding organism until a new one is bred via the use of royal jelly. Therefore, any of the negative effects these pesticides reign down upon a hive, especially on the queen’s mating success, can lead to severe consequences for the entire hive in terms of its chances for survival.

According to this study’s researchers, who include Nadège Forfert, Gina Retschnig, Aline Troxler, Lars Straub, Laurent Gauthier, Robin Moritz, Geoffrey Williams, and Peter Neumann, queen bees that are reared in hives exposed to neonicotinoids experience fewer instances of egg-laying. This results in the decline of a colony’s genetic diversity, meaning a higher rate of intracolonial relatedness. Given reduced genetic diversity in a hive’s worker bees is known for negatively affecting its vitality, neonicotinoid pesticides could have yet-to-be-explained effects on hive health by diminishing queens’ mating frequency.

What the Data Indicates

Successful mating in a hive is of the utmost importance for colony fitness and health. The results found in this study demonstrate how queens that were exposed to two neonicotinoid pesticides—clothianidin and thiamethoxam—during their development mated with far fewer drones (male bees used for breeding). The data here suggests dual exposure to these neonicotinoids could have serious long-term effects on the health of colonies by reducing their intracolonial genetic diversity—a state, if past endangered species have taught us anything, that does not bode well for a species’ survival.