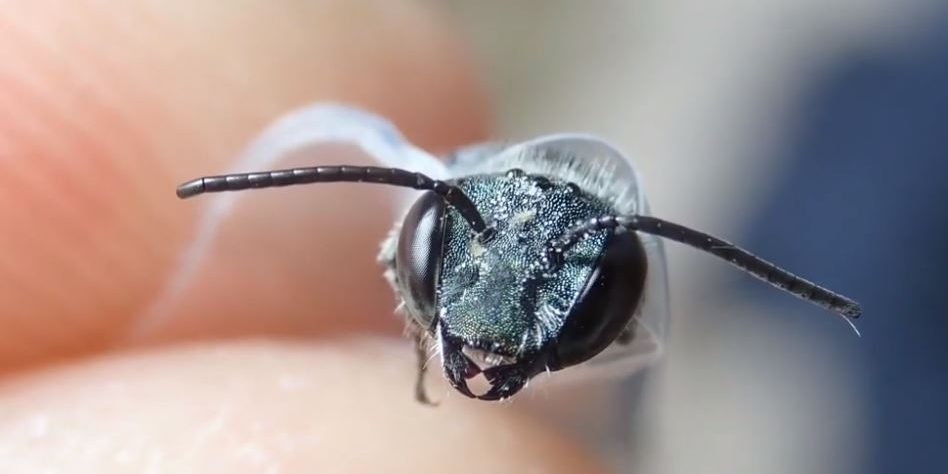 There has been a very rare citing in Polk that has everyone getting a little excited about a different type of bee that is starting to show up in Florida. The blue calamintha bee has been cited and it presents a far different look than the customary black and yellow we are used to seeing in bees.

Honesty, until recently, researchers were not sure this specific species of bee was still in existence. It has been years since any were seen, but that all changed this year. A new project being conducted by the Florida Museum of Natural history to shed more light on the bees nesting and feeding habits is to thank for the discovery.

Researcher Chase Kimmel is among those working on the project. He stated, “This year, we found it in a lot more locations than what we were expecting. But historically, this type of habitat is impacted a lot by agriculture, urban development, and a lot of fragmentation and habitat loss, so associated with that you could have pesticide drift.”

Researchers are unsure how the current environmental challenges are impacting this particular species, so they are now trying to get more funding to continue the project. Currently, researchers are taking pollen samples they find on the blue bees to see which flowers they currently prefer to feed on. Kimmel stated, “Even though it may not have financial or economic importance related to us, I believe it still definitely has a role and importance in that ecosystem. Maybe it’s the most efficient pollinator of this state-threatened plant.”

For a species that was thought to have possibly been extinct, even though the blue bees are not found in abundance, they do still appear to be alive and well. Kimmel stated, “It’s very exciting to actually find these bees. Then after we identify them, it’s fun to open up the bag and let them fly away too knowing that they’re still going strong.”

This seems to be a very exciting project just out of the sheer uniqueness of this species. In a day and age where our honey bees seem to be dropping out of extinction, the fact that such a rare breed of the bee is still alive is very exciting. It should be noted, though, that Kimmel stated this project is now being eyed by honey bee advocates to have this species put on the federal endangered species list. If that happens, it could be a true gamechanger in terms of pesticide usage.