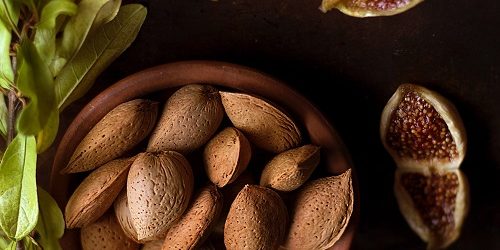 Over the last decade or so, the rise in popularity of almond milk has been rather remarkable. Whole milk alternatives used to be for the lactose intolerant, but that is no longer the case. Athletes and health fanatics have fallen in love with almond milk, but it may be to the demise of the honey bee, according to a recent report in People Magazine.

Almont crops are 100 percent reliable on honey bees. Without the bees, there are no almonds, period. The surge in popularity of almond milk and almond byproducts has created a surge in the need for honey bees to pollinate the crops. As such, bees that were being used to pollinate a multitude of crops are now often stuck pollinating ONLY almond crops. Experts now believe this monoculture could be at the center of the problem honey bees are facing today.

The premise in the report is that when honey bees are relegated to only pollinating one crop, they become more susceptible to threats, such as mites, pesticides, and disease. Additionally, almond crops are known for using more pesticides than virtually any other crop, with scientists likening this to sending the bees off to fight a war, “many don’t come back.”

Dennis Arp, a local beekeeper, believes that when these bees are stuck pollinating only almonds and come in contact with bees pollinating a variety of crops, it makes them more susceptible to disease. He stated, “Bees are exposed to all kinds of diseases in California. There can be hundreds of thousands of hives from multiple beekeepers in one staging area. It is like letting your bees go into a singles bar and then they have unprotected sex.”

To fight back against this growing problem, the “Bee Better” program was created. This is a commitment by almond growers to plant a variety of other crops within their almond groves to ensure the bees have a more diverse pollination cycle. The program suggests planting clover, mustard, and wildflowers in between rows of almond trees. Companies participating in the program are then permitted to place a “Bee Better” seal on their products. Häagen-Dazs was the first company to place the seal, featuring it on three different ice cream flavors that will be available this year as well as a milk chocolate almond bar that is already on the market.

To learn more about the Bee Better program, click here.