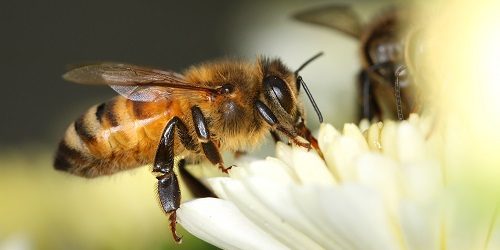 As we are now dealing with the COVID-19 pandemic, honey bees have a new pandemic of their own to deal with. A new report from PLOS Pathogens suggests a fungal pathogen called Nosema is now threatening to take out our honey bees. While the pathogen has been infecting hives for decades, all of a sudden, the pathogen has seemingly increased its deadliness.

Over the last two decades or so, researchers have been tracking the path of Nosema. It has been impacting honey bees across Europe, Canada, and has been tracked as far away as Kenya. The pathogen seems to impact solely European honey bees, which is what most beekeepers here in the United States manage.

Researchers still seem to be doing a lot of guessing in terms of how this pathogen impacts bees, especially native, solitary bees. Arthur Grupe II, lead author and postdoctoral researcher in the Department of Ecology and Evolutionary Biology stated, “More work needs to be done to understand Nosema infections in native bee species and the potential consequences to native ecosystems, if native bees suffer a similar fate as honeybees when infected.”

More information on Nosema via Colorado.EDU:

Nosema is a fungal pathogen, a type of Microsporidia, or spore-forming single-celled parasite.

It survives by infecting the guts of bees, where it germinates, infects the host’s cell, reproduces, and ruptures the host cell to release its spores. While being passed through the digestive tract, these spores can infect other cells in the bee’s body, sickening the bee and contaminating flowers, pollen, and hives along the way. Some strains of Nosema even lower sperm count and mutilate the male genitalia of bumblebees, reducing their reproductive success.

Different strains, mainly Nosema apis and Nosema ceranae, are now also appearing in new places, with some strains, specifically N. ceranae, causing year-round infections in hives where previously the bees could fight it off seasonally.

Alisha Quandt, co-author of the study and assistant professor of ecology and evolutionary biology stated, “We know so little about the biology of what’s happening. That’s one of the reasons why we think it’s so important for people to start doing this kind of surveillance work, going out there and sampling more native bees.” Right now, it is still an unknown how big of a role Nosema plays in the colony collapse disorder problem honey bees are facing. Hopefully, that will soon be defined so the pathogen can be dealt with and our honey bees can continue to thrive.