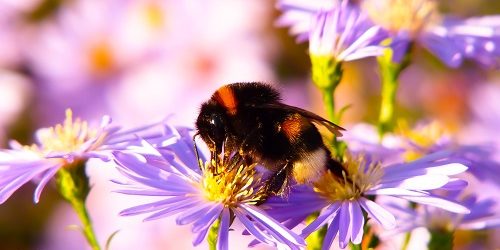 Over the last year, some real progress has been made in understanding why we are seeing such a decline in the bee population. One of the more interesting studies recently done that has put a huge spotlight on the problem was conducted at James Cook University. In this study, researchers found the flowers honey bees are feeding may be playing a roll in killing off our honey bees.

The study was specifically investing the susceptibility of honey bees to Nosema ceranae. The study used Australian stingless bees in the study to see how they would be impacted by European honey bees that have been infected with this parasite, which causes the bees to become less active and die prematurely.

Terence Purkiss, the student who conducted the study, stated, “Pathogen spillover from bees kept by beekeepers to wild bee populations is increasingly considered as a possible cause of wild pollinator decline. Spillover has been frequently documented, but not much is known about the pathogen’s virulence in wild bees or how long pathogens can survive on a flower.”

The results of the study were quite alarming for the honey bee community. Roughly two-thirds of the bees exposed caught the disease. Even more alarming was the fact that the death rate among those bees was about three times the rate as those that had not been infected. Many European hives, which is primarily what we have here in the states, are believed to have been infected with this disease to some extent.

The researchers also found that when this disease was present on flowers, the honey bees also often contracted the disease. Dr. Lach, who oversaw the study, stated, “About two-thirds of the flowers exposed to infected European honey bees were found to be carrying Nosema ceranae spores. In every case, at least one stingless bee that foraged on the flowers contracted the pathogen. What this means is that wild bees can be infected with the disease by sharing a flower with an infected European bee.”

She further stated, “Reducing risk of pathogen transmission from managed to wild bees presents multiple challenges and must involve the beekeeping community for any real change to occur. Development of rapid effective diagnostic tools and reliable means of preventing and treating infection will be important advances too.”

This really makes you wonder if infected bees would also be able to transmit diseases via plants even when they are of the same type of bee. If this is found to be true, it could really open the door to fully understanding why so many bees have been dying from causes other than Varroa mites and weather problems. Clearly, more research is needed and it must be done as soon as possible to prevent problems such as this from getting completely out of hand.