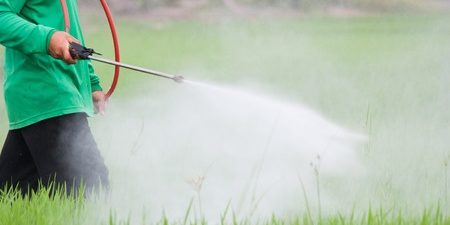 Safety tests submitted to European regulators by chemical companies will be revealed soon and could have a major impact on the debate around the number of global bee deaths. The decision has been hailed by environmental groups, which have insisted on transparency relating to how pesticides are regulated. Neonicotinoid pesticides, including those manufactured by Bayer and Syngenta in Europe, have been linked to the decline of honeybees worldwide.

This ruling by the European Court of Justice (ECJ), deemed “an important victory for both science and the public” by Dundee University neurobiologist Christopher Connolly, comes in the light of studies performed by Bayer and Syngenta over two months and submitted to the U.S. Environmental Protection Agency (EPA). The studies showed their neonic pesticides were causing harm to honeybees and other bee species despite previous positive public statements by the companies.

As well, scientist Dave Goulson of Sussex University said of the ruling, “This ruling is an important step forwards…However, it is still far from ideal that any study intended to assess the safety of a chemical is carried out by those with a very clear vested interest in the outcome of the study.” After the ruling, Bayer issued a statement of support for the verdict: “Bayer intends to offer support to the authorities in dealing with requests for access to safety-relevant crop protection data as needed. The company is also working on a solution to enable public access to the safety-relevant study reports…In this way, Bayer wants to foster an open and transparent dialog with interested parties.”

The European Crop Protection Association (ECPA), the group representing the pest control industry in Europe, also responded, saying they are not opposed to data access, but ”it costs €250 million and takes 11 years to successfully place a product on the market, and we defend the right of companies to protect their investment from competitors.”

The ECPA further stated, “I understand the organizations who brought the case have a problem with the very existence of pesticides, but the reality is our products benefit society, and to continue to invest in bringing important innovations to the market, we have to be able to protect confidential business information…” They further stated their position in that they support the ruling for transparency by their companies regarding the safe design and manufacturing of pesticides, but confidentiality in certain areas is necessary to properly compete in the industry.

Many believe this ruling is huge step forward in gaining a better understanding of pesticide companies. Pesticides like neonicotinoids have been deemed as one of the causes behind declining bee populations, given they may affect the central nervous system of insects, resulting in paralysis and death. Whether the pesticide is to blame for colony collapse, countries like Canada are planning to ban neonicotinoids in the hopes of helping preserve beneficial insects. Other countries, as shown by this ruling, appear to be taking similar measures.