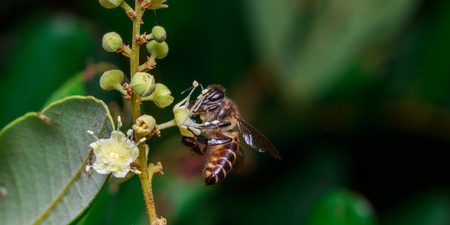 Given how prosperous the beekeeping industry can be, especially for small, local honey businesses, it should come as no surprise when various countries discover new ways to improve the industry and therefore boost the economy. This is especially important given the state many bee species are in worldwide. One example can be found in Pantnagar, India where scientists with the G.B. Pant University of Agriculture and Technology have created unique temperature-regulated bee hives that will allow for North India beekeepers to raise stingless honeybees (also called dammer bees).

What makes this accomplishment so noteworthy is that these stingless bees need temperatures ranging between 15 and 40 degrees Celsius (or 59 and 104 degrees Fahrenheit) in order to survive. These bees have been raised in South India because of favorable climate conditions. Because temperatures in North India, particularly in hillier areas, typically drop to below 15 degrees Celsius, stingless bees haven’t been able to be raised there. This is a considerable disadvantage for North India beekeepers because stingless bee-produced honey is allegedly more nutritious than honey made by other bees, thereby fetching a higher price.

According to Dr. M.S. Khan, the dean of G.B. Pant University’s entomology department, “We have designed wooden boxes with sal and teak wood, which maintain a temperature between 30 and 35 degrees Celsius. We are conducting experiments with the thickness of wood from various trees to bring down cost of the manufacturing of these boxes, so they are affordable. We have sent a proposal to the state government, and if we get funding, we will distribute the bee hives to apiary owners for free next year.” Scientists have also stated the boxes can allow for honey extraction, which is not an easy task with stingless bees because they often nest in tree cavities, old walls, and among boulders.

Apiarist Vikram Randhawa, who hails from the North Indian village of Kalinagar, stated, “The honey produced by stingless bees is of higher quality and better nutrition and can fetch up to Rs 1,500 per kg. In comparison, honey produced by other bee varieties sells for Rs 100 to 150 per kg. The bee hives can also be used in South India where they use the rudimentary technique of rearing bees in mud pots. During honey gathering, the mud pots often get broken. The pots also attract all sorts of insects that feed on the honey and drive the bees out.”

Dr. Poonam Srivastava, who is the assistant director for the Beekeeping Research and Training Center, has stated that the G.B Pant scientists have been working toward development of these bee hives since 2008, saying, “We hope that these special bee hives will help boost income of apiary owners as many of them would take to rearing stingless bees.” Many beekeepers, especially those from North India, have expressed incredible excitement over the prospects created by this project, reports say.