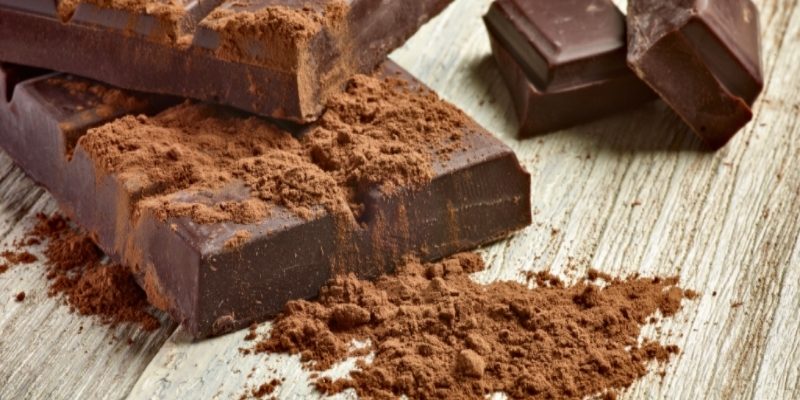 Pair of Business Owners Concoct an Amazing (and Healthier) Candy

Co-founders of Pure 7 Chocolate, Carrie Raho and Julie MacQueen, decided one day that they wanted to make a chocolate bar utilizing the natural sugars in honey instead of using the typical processed sugars other chocolatiers have always used. According to an article posted on ItemLive.com, when the duo announced this idea to others, many told them it could not be done. “They told us to put it (the chocolate and honey) in a jar with a spoon and sell it,” MacQueen said.

Raho and MacQueen reached out to many industry professionals in order to get some advice and how they should move forward with their idea. Mostly, the two were told that the chocolate they were proposing “can’t be tempered” – essentially, chocolate and any kind of moisture included that is found in honey do not mix well together and the moisture would change the consistency of the chocolate, leading many to believe it could not be done well enough to have a sellable product.

The women were not deterred, however, and began working on the honey chocolate recipe. While they did falter – they mention having to throw away hundreds of bars of chocolate – they continued to work at it for over a year. “We finally had the moment where it was amazing,” Raho said. “We worked really hard.” Pure 7 Chocolate finally developed a sellable chocolate bar in 2013 as part of the business’s regular line of products. The friends say they chose the name “Pure” for very specific reasons.

Raho explains that “pure” refers to what the chocolate bar is all about – ingredients of the highest quality and the fact that the company includes “no garbage in our bars” according to the two owners. Additionally, their chocolate contains no dairy, soy, or gluten. Both of the women are very health conscious, and MacQueen was even on what is known as a Gut and Psychology Syndrome diet that is very similar to the popular Paleo diet. On this diet, she could not have any sweets other than honey.

“I missed chocolate,” MacQueen said. “There was no honey-sweetened chocolate. I couldn’t have it for a few years.” From here, the honey chocolate bar was born, allowing the health conscious and those on strict diets to enjoy the chocolate they love and crave without worrying about the sweeteners and other ingredients inside. “We want everybody to have healthy chocolate,” Raho said. “We feel the world should be able to have this chocolate.”