Softball Has Fans—of the Honeybee Variety 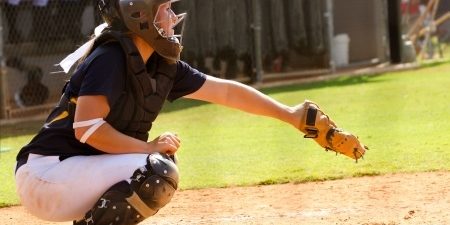 Recently, more than 20,000 honeybees had to be removed from the Montgomery Girls League softball field in Texas. Rather than blasting the poor bees with pesticides, a professional honeybee removal service used smoke to calm the bees before securing them within a vacuum and removing the swarm. Clinging to a tree near the softball batting cages, the swarm was carefully removed from a tree limb, and the honeybees were donated to the Montgomery County Beekeepers Association (MCBA). The MCBA is a small organization made up of local beekeepers, scientists, and educators within the area encouraging the management of honeybees.

Honeybees are provided such care and consideration not only because they are essential for pollination, but also because they are threatened by the enigmatic phenomenon colony collapse disorder (CCD), which is the sudden disappearance of all worker bees from a hive. The management of honeybees increases their overall health and their colonies—hence why organizations like the MCBA have taken up the mantle of caring for them even when they show up in softball fields.

Another organization like the MCBA is the American Beekeepers Federation (ABF), which focuses on the preservation of honeybees while aiming to inform the public. Both organizations offer educational programs to help beekeepers hone their skills while encouraging the advancement of bee culture through the prevention of harmful pesticides. According to the ABF, “approximately one third of the food Americans eat is directly or indirectly derived from honeybee pollination,” including “cucumbers, almonds, carrot seed, melons, apricots, cherries, pears, apples, prunes, plums, pluots, seed alfalfa, cantaloupe, seed onions, avocados, kiwi, blueberries, cranberries, etc…For many others, crop yield and quality would be greatly reduced without honeybee pollination.”

The ABF continues to maintain that, as per a 1999 Cornell University study, the contribution made by honeybees used by U.S. crop growers to pollinate crops amounts to just roughly $14.6 billion, and that “each year, American farmers and growers continue to feed more people using less land.” Poorly pollinated plants decrease crop production and increase the price of food—another solid motivation to preserve bees. The more flowering plants increase, more bees begin to populate.

Areas like Montgomery, Texas are aware of the importance of honeybees and rely on the removal services that allow the transport of bees between counties. Thanks to the efforts of the ABF and other similar organizations, ordinary folks are learning of the importance of honeybees and why they should be saved rather than harmed, and it’s that knowledge that will hopefully lead to bees no longer suffering from decreased populations.