Spring is Here… and So Are the Honey Bee Swarms 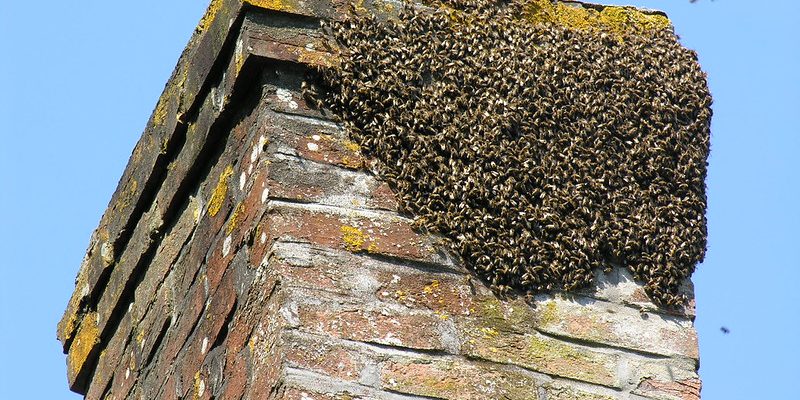 Now that the cold weather has subsided in most parts of the country, signs of spring are starting to show. Flowers are blooming, ponds and pools are covered in pollen, and honey bees are on the move. Many wild hives are in the process of relocating, so swarms are rather common this time of year, but there is no need to panic.

If you do some quick internet searches, local publications around the country are reporting swarm stories on one sort or another. Honestly, I get it, it can be very intimidating and scary to come upon a swarm and hit the panic button. Rest assured, though, if you keep your calm, you can contribute to helping the bees rather than contributing to the loss of life honey bees experience every year.

Why Do Bees Swarm?

The most common type of swarm we see is a reproductive swarm. This happens when bees outgrow their current hive. When this happens, a new queen is hatched and the majority of the hive leaves to find a new home. During this process, you will often see stories of a swarm that has gathered on a tree or the side of a home. Last year, a swarm arrived at a baseball game and had to be removed before the game could start.

The bees gather in this fashion because scout bees are out trying to find the swarm a new permanent home. Even though this large gathering of bees is generally docile, they will attack if alarmed. This could be anything from someone throwing something at the hive or perhaps shaking the limb of a tree where the swarm has gathered.

Rather than approach the swarm, call a local beekeeper or honey company for a recommendation on someone that can safely remove the hive. If you call an exterminator, the honey bees will more than likely be destroyed, something we simply cannot afford to have happen these days. Additionally, an exterminator will charge for the removal whereas a beekeeper will usually remove them free because they are going to add the bees to their own managed hives.

Several swarms have recently been reported. For instance, a swarm was found in Dorchester of about 20,000 bees. Local Sheriff James Phillips Jr. called a couple of local beekeepers to save the day, and Darlene Goehringer and Cindy Reynolds showed up in full gear to safely remove the bees. The bees now have a new home at Pop’s Old Place Farm in Hurlock, MD.