Tens of Millions of Bees Found Dead in Croatia 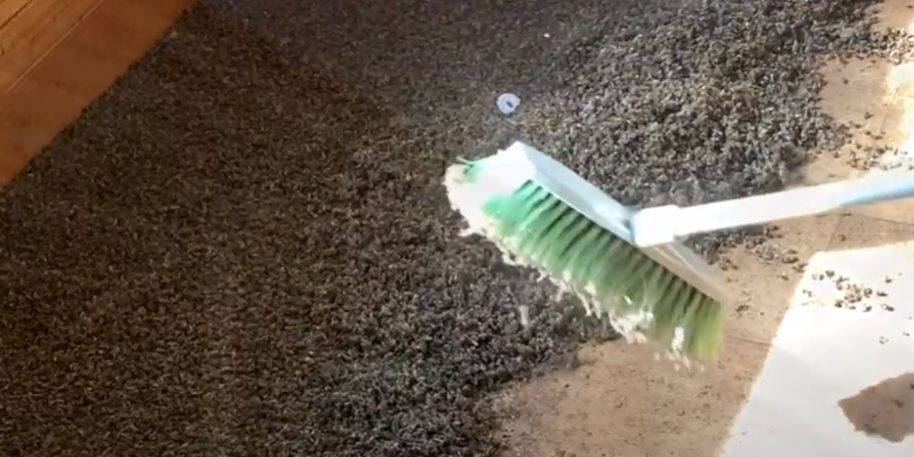 Earlier this week, a rather disturbing story hit the newswire coming out of Croatia. According to a Hindustan Times report, millions of bees were found dead in a town in Croatia, with pesticide use suspected as the reason why so many honey bees died so quickly.

According to the report, local beekeepers described the scene as a carpet of dead bees in Medzimurje, which is located near the Hungarian border. In all, 1,150 hives were destroyed, which accounts for roughly a full third of all honey bees operating in the area. Local beekeepers seem to think they already know how it has happened, even though the investigation is far from over. Croatian Beekeeping Association Zeljko Vrbos stated, “We suspect pesticide is the cause, but the investigation is still ongoing, so nothing can be said for certain.”

Agriculture Minister Marija Vuckovic has, however, announced that it did not appear that the bees died from any disease. Until authorities have officially investigated the cause of death, however, she is noncommittal in offering up a firm reason for such widespread death among the hives. However, a natural disaster declaration has been made.

The declaration announcement is good news for the beekeepers, as that will free up money by the state to help beekeepers recover some of their costs for their losses. With roughly 10,000 beekeepers in the area, this will offer relief for the thousands of them that experiencing loss from this tragedy. Additionally, the tragedy seems to have been limited to this one specific area, which adds to the suspicion of pesticide use while at the same time leaving agriculture officials to believe this outlier will not impact crop yields or hurt honey production for the upcoming season.

There is more than reason to believe that some pesticides that have been approved for use both here in the states and globally are not really all that safe for honey bees and other pollinators. In fact, we found a report by Oregon State University researchers that very much questions just how safe some of these approved pesticides really are. We will dive more into that report tomorrow, but we can say that their research showed significantly different results than what we have been led to believe thus far.

Something has to be done about these pesticides because they are having far too much of a negative impact on pollinators our farmers need to keep their businesses sustainable. If we continue to allow massive amounts of bees to be wiped out like this, it is only a matter of time before we are staring down the barrel of a global crisis.

Source: Hindustan Times, Photo via Hinterland Bees YouTube Video Screenshot (this is NOT a photo of the Croatian bees)