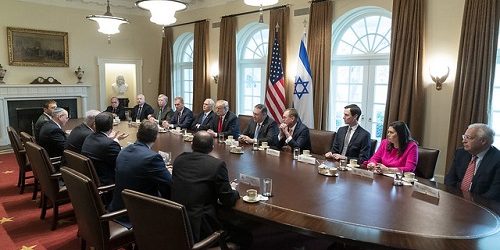 Recently, the Trump administration and the EPA made some major cuts to its agricultural department. These cuts were a direct cause of the annual bee surveys being canceled. While the bee industry was furious over this, as well it getting attention from New York Senator Chuck Schumer, it is the loosening of pesticides that has resulted in a lawsuit being filed.

On Tuesday, the Center for Food Safety and the Center for Biological Diversity filed in the 9th Circuit Court of Appeals against Andrew Wheeler and the EPA. At the heart of the suit is the recent decision to deregulate pesticides that have already been deemed harmful to the honey bee. The Director of the Center for Food Safety, George Kimbrell, stated, “Trump’s EPA can’t justify throwing our already imperiled pollinators under the bus. That’s why the agency offered no chance for the public or independent researchers to comment. And that’s why we’re suing them.”

The two groups sent out a press release announcing their lawsuit. It stated:

Today’s lawsuit, filed in the 9th Circuit Court of Appeals, contends that before approving the sweeping new uses of sulfoxaflor, the EPA failed in its legal duty to compile “substantial evidence” required under the Federal Insecticide, Fungicide, and Rodenticide Act. FIFRA, as it’s known, is the federal law underpinning the U.S. system of pesticide regulation, designed to protect applicators, consumers, and the environment.

The EPA also violated its duty to ensure that its approval of sulfoxaflor doesn’t jeopardize the continued existence of endangered species by consulting on the effects of its actions with wildlife experts at the U.S. Fish and Wildlife Service and National Marine Fisheries Service.

Under the new approval, sulfoxaflor can be used on alfalfa, cacao, corn, cotton, grains, pineapple, sorghum, soybeans, and strawberries as well as on tree plantations, ornamental crops, and citrus orchards.

This lawsuit comes on the heels of Brazil loosening up regulations on pesticide sale and use that has absolutely decimated the honey bee population in the country. As we reported earlier this week, one local beekeeper lost 10,000 bees almost overnight, while the country itself has seen losses that are estimated in the billions. What is even scarier in the case of Brazil is that some of the pesticides being used are possible human carcinogens.

With the current political climate, Trump’s opposition is looking for any possible angle to attack the President, so this issue may become far more significant than it would at any other time, which is a good thing for beekeepers and the honey bee industry as a whole. With colony collapse disorder, we need to be protecting these bees more than ever, not exposing them to chemicals that make them more susceptible to both illness and death.

Photo Courtesy of The White House via Creative Commons License