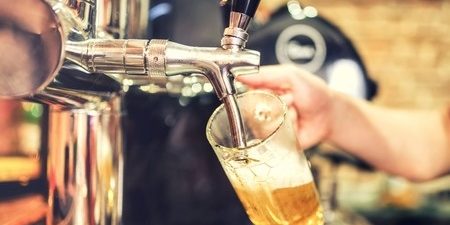 Without honeybees and other pollinating species, human beings’ survival situation would become much more precarious. Given their irreplaceable role in agriculture, bees are, without a doubt, fundamental. Whether it’s vegetables, fruits, nuts, or dairy and meat from cows and other livestock, who rely on bee-dependent grasses like alfalfa, bees are responsible for much of what we eat. Despite that incredible, unintentional responsibility these small insects have, they have been under siege in a way for several decades from ongoing threats, such as pesticides, loss of habitat, farming techniques, pathogens, Varroa mites, and so forth.

Luckily, this issue is much more well-known than it once was. As a result, many are doing what they can to try and prevent further decline in bee populations. One such group of people includes several urban beekeepers out of London. In addition to raising awareness, they are raising hives and using the honey their bees produce to make craft beer. The company, Pearly Queen Beer Co., sells the beer, and much of the acquired profits go right back into public education regarding what co-founder Meetal Patel calls “wonderful creatures.”

Set up back in 2010, Pearly Queen Beer aims to combine what Patel calls “[their] passion for bees and love of great beer.” One of their beers, “Honey Pale Ale,” has a hoppy taste with distinct honey undertones and was made due to honeybees in and around Great Britain’s capital. Patel stated, “We are passionate about the environment and sustainable practices and thought brewing beer would not only help convey that message but help support local urban beekeepers.”

Patel claims many Londoners aren’t aware beekeeping can take place in the city or how important bees are to food production or the ecosystem. By using beer, something a wide audience often seeks out, the company’s hope is to advance the profile of urban beekeeping while also inspiring people to fully consider where their food originates.

As a promoter of bees, Patel and the company recognize the many issues bees face at this time. This includes habitat loss due to a still-high use of neonicotinoid pesticides. Patel also points to large scale intensive farming where bees are largely battery farmed, which has helped pests and diseases spread throughout various populations. With these many issues still in place, Patel is currently encouraging Londoners to get involved whether by buying local honey or, if possible, planting bee-friendly vegetation, such as bergamot, jasmine, and lavender.