Vermont’s Bumblebees Hurting as Much as Honey Bees 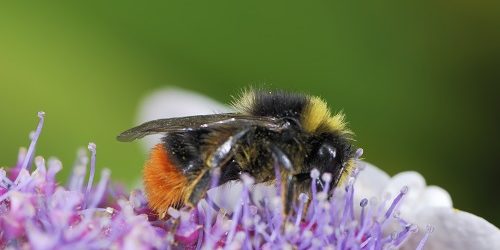 After examining a century of bumblebee records, a newly published study in the Journal of Insect Conservation has revealed that nearly half of the species in the state of Vermont, all of which are crucial pollinators like their honey bee cousins, are either in severe decline or have vanished entirely. This study, which was led by researchers from the University of Vermont and the Vermont Center for Eco-studies, involved one of the most widespread searches for bumblebees in Vermont’s history. Eventually, the team concluded four of the state’s 17 bumblebee species have seemingly become extinct.

“We’re losing bumblebees even before we fully understand their benefits to our economy and well-being, or how they fit into ecosystems,” says Kent McFarland, who is a VCE conservation biologist. Between 2012 and 2014, the study’s authors, as well as about 50 citizen scientists, searched over the whole state, creating a database of over 10,000 encounters with bumblebees in all Vermont biophysical regions and counties. They also acquired data to compare today’s specimens to via historical records of about 2,000 from 13 private and public insect collections, with some dating back to 1915.

While they can’t pinpoint the exact cause of these population declines, other studies have pointed to parasites, pesticides, climate change, and habitat loss as a few possibilities. “Wild bees perform the majority of all pollination on Vermont farms, whether or not managed honey bees are present,” says Leif Richardson, a UVM ecologist. “As an ecosystem service, pollination is worth millions annually, but we don’t know how the loss of native bee species will affect our food supply or overall environmental health.”

According to Spencer Hardy, a VCE field biologist, “I’ve been amazed to see how this study, and other recent pollinator news, has increased the public’s awareness of bumblebees in Vermont. It seems a lot more people are paying attention to bumblebees and are conversant in their ecology and diversity.” Per McFarland, the next step up from investigating is moving toward possible solutions, “but those solutions will take hard work and partnerships among federal and state agencies, conservation research groups like ours, and the public.”