Virus Can Turn Honey Bees into Trojan Horse for Their Hives 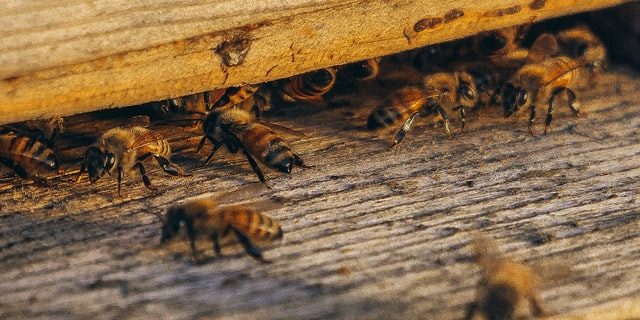 While we humans are social distancing to avoid the spread of COVID-19, honey bees are waking up and starting to get to work. While honey bees don’t have to worry about the coronavirus, they have plenty of other viruses to worry about, including one that turns sick bees into Trojan horses that can devastate an entire hive… the Israeli acute paralysis virus (IAPV).

Generally speaking, the bees have a very good protective hierarchy in their hives. Every bee has a role, including the guard bees that watch the entrance to the hive to keep out sick bees that could hurt the rest of the hive as well as unwanted intruders. That, however, is not the case with IAPV. Researchers have found that infected bees are able to skirt past the guard bees, then can go on to infect the rest of the hive.

Like humans, bees are vulnerable to infectious diseases within their species. Even more so because of the cramped living conditions in which they exist. This study has raised significant concern in the beekeeping community due to the closeness in which managed hives are kept. If you are in the wild, you could literally walk miles before seeing a new hive. With managed hives, though, bee boxes are stacked up and placed next to each other, with dozens or possibly even hundreds of hives being in close proximity.

In terms of the activity within the hive, it is more like cats than humans. Bees are always touching and often help clean each other as well as sharing duties on removing sick larvae from the hive. Point being, when something infects one bee, it can easily run rampant throughout the entire community in a very short period.

The rate at which sick bees were able to enter hives sent up some red flags. Typically, guard bees reject about 85 percent of foreign bees trying to enter a hive. For some reason, sick bees were able to pass the guards by double that rate, with roughly 30 percent making their way through the front door. One researcher stated, “It’s troubling that this level of virus movement is happening.” What is even more bothersome is that the sick bees coming into the hive may also have the Varroa mite with them, something we know has just decimated honey bees around the globe.