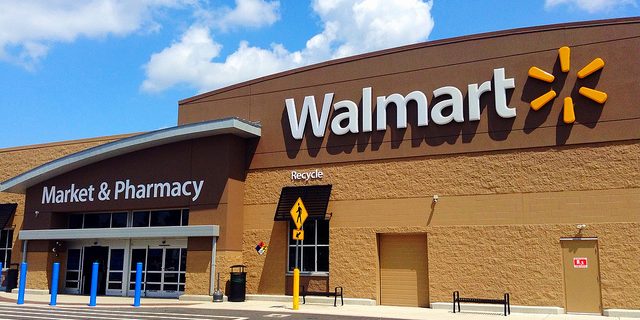 With honeybees and other bee species seeing declines in their numbers all over the world, the world’s biggest retailer, Walmart, is applying for a patent for a drone pollinator as a way of making up for the decline and that of similar insects that pollinate and fertilize crops, making most of the food Walmart sells possible.

The U.S. Patent Office did publish the patent on March 8, but it hasn’t been approved yet. The report described the unmanned, small aerial vehicles (drones) and how their programming would send them between plants to collect pollen before moving to other plants to deposit the pollen. Another drone follows afterward to check and ensure the pollen deposit was applied properly.

As many are beginning to understand, Earth’s bees dying off is a great concern in the agricultural industry. Whereas crucial commodity crops like corn, rice, and wheat require only wind for pollination, many nuts, fruits, and a few vegetables, such as almonds, peaches, apples, and blueberries, depend on pollinators in order to reproduce. As a way of fighting this, different schemes are being tried to duplicate what honeybees and other pollinators do naturally. People have tried collecting and spreading pollen around fields by spraying directly onto plants, using crop dusting planes, and, with higher-value crops, applying by hand with a paintbrush.

In the past couple of years, different types of pollinating drones have been proposed. As recently as 2017, the National Institute of Advanced Industrial Science and Technology in Japan created 1.5-inch drones, which were used for cross-pollinating Japanese lilies. However, these types of drones are neither efficient nor cost-effective enough to supplement natural pollinators dying off, caused by habitat destruction and pesticide overuse, so the current search for a potential replacement continues.

This patent from Walmart is one such possible replacement, with small drones flying to different plants, gathering pollen up on sticky material or bristles and depositing it on other plants. Some of these drones could be directly controlled by humans or by a computer. Admittedly, Walmart submits hundreds of patents every year, and many never materialize beyond the ideas phase, so it isn’t clear how much the company plans on pursing the idea of robotic bees.

In a recently released statement, Walmart only said, “We’re always thinking about new concepts and ways that will help us further enhance how we serve customers, but we don’t have any further details to share on these patents at this time.” Hopefully, these drones will not become the norm and everyone will work harder to preserve our “real” bees.