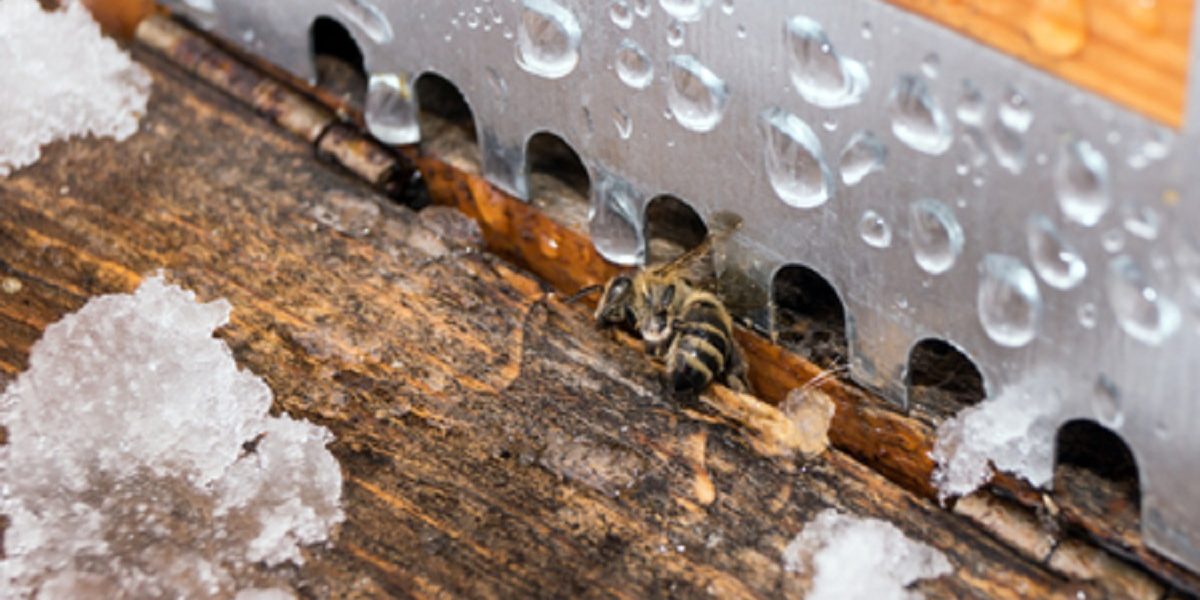 Researchers from Texas A&M University have been receiving calls from residents concerned about an increase in bee activity. “It’s unusual this time of year to be getting calls about bee activity, but the warmer-than-usual temperatures this winter have allowed the bees to be much more active than they would be normally,” entomologist Molly Keck said in a news release.

Once temperatures drop into the 50s, honeybees retreat to their hive and wait out the weather. Bees gather at the center of the hive where honey is stored, rotating positions and working their way in and out of the cluster. The honey sustains the bees through the season, and the fluttering and shivering movement keeps the workers and, more importantly, the queen bee warm since taking care of her is the priority during winter. Along with heat, honeybees rely on their honey stores for energy, sometimes consuming up to 30 lbs. of honey during winter.

If honey reserves are insufficient, the bees must venture out to collect more food during winter months though they usually wait until warmer days to forage and eliminate waste from the hive. If a colony is healthy and not suffering from viruses or mites, it usually stands a better chance of making it through the cold season. However, during warm winters, bees tend to exhibit different, even strange behavior.

“Honeybee activity increases on warm or sunny days after rainy or really cold weather,” Keck explained. “When winter temperatures finally warm up, the bees, which have been cooped up trying to stay warm, leave to forage. Additionally, the rain we’ve had recently has also gotten some wildflowers to grow, so the bees now have an opportunity to pick up some pollen.” Beekeepers are used to the threats like colony collapse disorder, varroa mites, and deformed wing virus, but warm winters are becoming a concern as well.

Thousands of bees in a hive can stress over sudden climate changes, and the recent weather change may cause frantic activity. The increase in activity makes them burn up calories and increase consumption. Eating their way through their honey reserves can cause them to run out of food and starve by spring. To combat starvation, beekeepers need to keep small amounts of sugar or bee candy near their hives. Winter feedings from apiarists allow bees to build up body fat despite their increased activity. Without fat, bees have a harder time surviving winter. These feedings could mean lower bee losses and better honey production in the spring.