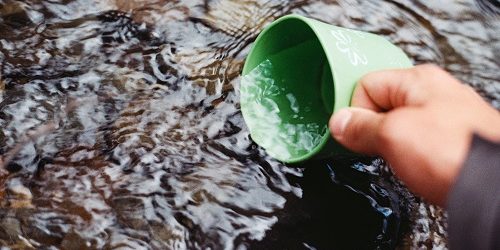 Chile used to be able to depend on its spring showers to help grow its plants, but a decade-long drought has made honey bees almost extinct in the area. In the process, export agricultural products are sharply declining, putting Chilean farmers in a very bad financial position. The government is trying to step in to help, but what farmers need more than anything else is water.

No Flowers, No Food… No Bees

Pablo Alvarez is a local beekeeper and the Secretary of Casablanca’s Beekeeper Association. His land used to be packed with bees, but those days are long gone. The weather conditions throughout Chile have destroyed the native bee population. Alvarez has already lost half his hives, and they still have to worry about the upcoming months. He stated, “At the end of winter, bees need flowers to grow and make honey.” Without the flower, there is no food for the honey bees, so more die-off is likely. This situation is not lost on Agriculture Minister Antonio Walker, who stated, “We all know the importance that bees have in agricultural production.”

Chile’s agriculture has taken a massive hit during this drought. Some of the country’s major exports rely heavily on bees to pollinate the crops. Avocado, blueberry, raspberry, apple, cherry, and almond farmers are all seeing less yield and smaller crops with the lack of bees for pollination. There are simply not enough bees available in the area and local farmers are paying the price. Additionally, and I should say obviously, honey exports are way down, with current estimates at roughly 50 percent of previous years. The government has already declared a state of emergency for dozens of farming communities throughout the country.

Beekeepers are doing everything they can to help bees, but it may not be enough, as experts say they can always do more. Beekeepers have been told to keep clean water readily available for the bees as well as looking into planting drought-resistant plants. One problem, though, is that water is not plentiful and farmers now have to pay for their water. If these farmers have the choice of getting water for their family and livestock or bees, what do you think they will choose? A local biochemist stated, “There’s no water anywhere. The bees are suffering just the same as cattle, crops, and people.”