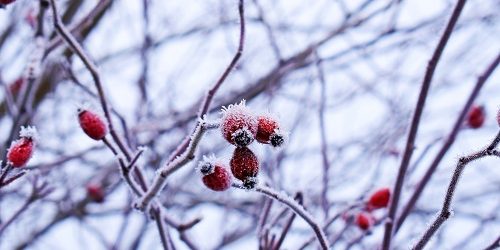 As if honey bees needed another challenge! In addition to the normal obstacles, Ohio beekeepers are officially adding “weird weather” to the mix of challenges facing the honey bees existence. This is a problem we have seen reported in several northeastern states, but not to the degree reported in Ohio, specifically in Clark County.

States like Wisconsin are expected to have problems with harsh winters, as is Ohio. The difference, though, is Clark County beekeepers are reporting as much as 80 percent of their hives have died off over the 2017 and 2018 winters. In 1970, there were a reported 113,000 hives in Ohio. Today, there are about 43,000. The sad thing is Ohio is actually happy about that number, as the loss in 2007 was even greater than the loss this year.

Colony collapse disorder, widely attributed to the Varroa mite, just about ended Ohio’s stake in the honey industry a decade ago. In addition to the Varroa mite, which left the bees in a weakened state, colonies were destroyed en masse by some of the bees natural enemies, such as ants and skunks. And, of course, there was the problem with pesticides.

Over the last two years, local beekeepers have had to deal with especially harsh and long winters followed by early spring freezes. When this happens, the hives have no way to refill their already drained reserves. The bees are literally starving to death.

To fight back against these conditions, some local beekeepers are uprooting their hives and relocating them to warmer locations for the summer. This, however, can be a very expensive endeavor, especially for beekeepers with small hives. They simply cannot make enough off the honey produced to recover the costs. For this reason, Ohio has far fewer beekeepers than in previous years.

In a recent post, we stated how important the honey bee is to our agriculture industry. While some crops, like almonds, are completely reliant on the honey bee, others need the pollinators for a greater yield or a more bountiful harvest. As an example, look at the size of blueberries in areas with a significant honey bee population or where farmers either own or lease hives to help the crop compared to those that don’t. It’s the difference in a blueberry being about the size of a dime or smaller than the nail on your pinkie finger. The “pollinated” blueberries are so plump they almost burst through the skin!

For both our crops the future of the honey bee industry, let’s hope Mother Nature dials back on the weather and gives us a winter where our honey bees can recover.