Will Honey Bees be Saved by Folk Music? 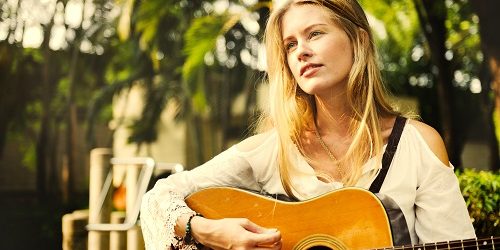 For many decades, folk musicians have acted as arbitrators of political protest. From the “Ballad of ’84” by Dick Gaughan, the clarion call of the Scotland miner’s strike to the 1959 Pete Seeger cover of the gospel song “We Shall Overcome,” an anthem of the Civil Rights Movement, the one-two punch of a singer and a guitar has long had a strong effect on galvanizing activists. Now, however, folk music is turning toward honey bees, who have seen a considerable decline in the past few decades to the point that several species have made it onto the endangered species list. The suspected reasons vary, including pesticides, habitat loss, infectious diseases, parasites, and climate change.

Given that honey bees pollinate roughly one-third of the food we eat all around the world, the overall stakes are incredibly high. That’s why fiddler Rowan Piggott, 25, believes folk music could provide a solution. “The environmental crisis is one of the biggest issues of my generation,” Piggott said. “All of our political and economic problems pale in comparison, since they tend to go in cycles, whereas we have done irreversible damage with climate change.”

Despite the serious situation honey bees are in, Piggott is optimistic about their future, saying, “People’s knowledge of the crisis is very general, and they often don’t know what they can do to effect a meaningful change, so that’s why I started the Songhive project—to give people chances to get involved with the bees.” Because Piggott’s mother works as a beekeeper and his father is an acclaimed folk musician, this project was almost inevitable for him. Piggott noticed folksongs showing up about the honey bees’ plight, such as the 2012 instrumental by Lau called “Save the Bees,” leading to him creating an archive for raising awareness.

Piggott said, “I thought it’d be a nice way of reminding people that for thousands of years we’ve had a healthy respect for bees as part of our lifecycle, and now that people are more distanced from the process of producing food, we have forgotten that and bees have become a mild annoyance.” Now that the folk music community has started responding to the archive, Piggott upped the ante even more. “I always had the idea for making a record, although I initially thought it would be a compilation of already-recorded music from the archive.”

In the end, expensive licensing fees led to the record becoming a compilation of just 11 songs that were written just for this project. Since the album was released back in March 2018, half of the initial 1,000 copies have sold and £5,000 were raised for a Friends of the Earth campaign called the Bee Cause. “The response has been great,” Piggott said, “All ages have gotten involved. The older fans buy the record, and the younger ones are active in spreading the message.”

For Piggott, honey bees are a way to refocus folk music toward its historically political roots, saying, “Folk music here isn’t the people’s music anymore. It’s become commercialized, and the general public don’t know what it should sound like. This project is about tapping back into that heritage and aiming it towards a cause that people can actively change right now, today.”