Will the Honey in My Pantry Ever Go Bad? 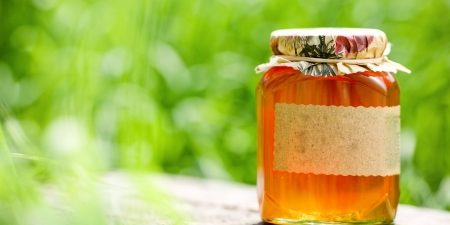 It’s not uncommon to glance inside your pantry and wonder about anything that’s not in a can, questioning how long you have before it goes bad and has to be thrown out. Whether it’s a jar of jam, a tub a peanut butter, or the dried seeds saved from last year’s garden, questions of longevity are legitimate concerns that people are right to have, as no one wants to endanger their family with spoiled food they just couldn’t make themselves throw away. When it comes to jars of honey, people might be compelled to ask the same question — does honey ever go bad? Luckily, there is a fairly simple answer but one that still warrants some explanation — honey won’t ever go bad… under the right circumstances.

“Honey lasts forever if stored in a cool place in a sealed container,” says Chris Hyatt, who is the vice president of the American Honey Producers Association. “Honey has been eaten out of the tombs of Egypt.” So, if a jar of pure honey remains properly sealed outside of a hot environment, it can apparently remain edible decades or up to centuries later. Honey is said to be as stable as it is due to several factors, with one being its general chemical makeup.

As a sugar, honey is hygroscopic, meaning it contains minimal water in its natural state, though it can take in moisture easily if it’s left unsealed. According to Amina Harris, the executive director for the University of California’s Honey and Pollination Center, “Very few bacteria or microorganisms can survive in an environment [that’s very low moisture]. They just die. They’re smothered by it, essentially.”

Harris states that, to spoil honey, something must be inside it that will spoil. Otherwise, organisms within a jar of honey cannot survive in that inhospitable environment long enough for the opportunity to spoil. Also on honey’s side is the fact that it is naturally very acidic. “It has a pH that falls between 3 and 4.5, approximately, and that acid will kill off almost anything that wants to grow there,” says Harris. Molasses is similar in this regard though it often does not last as long as honey.

One thing that should be noted is that raw honey—as in it hasn’t been filtered, heated, or processed in any way—will start to crystalize in time. The honey might look opaque or appear more solid and not liquid, but it may not have gone bad. “Mainly a bad smell will tell you it is rancid,” says Hiatt. To remedy this, you can place the jar of honey into warmer water and stir it until the crystallization begins to dissolve.