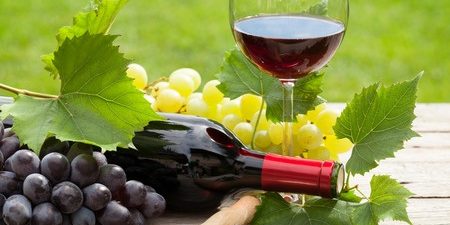 After he was gifted with a bee hive, wine steward Noel Patterson, who hails from Tucson, Arizona, started out as an amateur beekeeper. Once he had honed his skills, he started Dos Manos Apiaries, currently maintaining more than 40 colonies throughout his area using treatment-free, natural methods. Now, Patterson has been using his broad knowledge of both honey and wine to head tasting classes, which he recently held at the Miraval Arizona Resort & Spa for guests. While there, the now expert apiarist provided a detailed look of his foray into amateur beekeeping while also answering questions of the various factors that influence honey’s color and taste and his recommendation for enjoying it.

According to Patterson, he was happy where he was with the wine industry, but it was his then girlfriend, an organic farmer, who provided him with a bee hive for his birthday that she built herself. The gesture, being as thoughtful as it was, inspired him to learn all he could about keeping honeybees. Everything he learned fascinated him, and he soon began keeping honeybees for colleagues and friends around Tucson. Patterson also believed his wine background gave him a unique perspective on understanding honey. As he put it, wines can “capture” what’s essential of a place, with their tastes and looks differing based on a place’s climate, soil, and other ecological properties. Honey does the same but in a more “direct and interesting way.”

Honeys are different shades based on the nectar they come from, such as honey made via nectar from an avocado grove being darker whereas honey made via acacias are lighter and nearly clear. As to how the taste of these honeys differs between them, it’s typically a good guide that a honey’s color indicates the intensity of its flavor, with darker honey often being more intensely flavored compared to lighter honey. Over 600 assorted chemical compounds within honey contribute to flavor—from minerals and enzymes to other various organic compounds. The mixing of these compounds differs greatly between honeys depending on the flowers they came from.

Favorite Aspects of Beekeeping and Honey

In Patterson’s opinion, “I love that I get to work outside in beautiful places. More than that, I get to commune with this incredibly intelligent animal that has this complex society but lives in this state of perfect harmony within itself and its environment around it. It’s a magical thing to partake in and observe up close.”

While speaking of his favorite dishes with honey, Patterson stated that despite working in some high-end restaurants and admiring their chefs’ artistry, “At the end of the day, there’s nothing better than the inherent flavor of a beautiful sun-ripened heirloom tomato right off the vine, prepared simply with olive oil and a little salt. That’s how honey is too.” Because of that, Patterson prefers his honey simple, even dipping his fingers straight into a jar or instead having a plate with some cheese and honey or honey and nuts, with the latter being fine foils of each other.