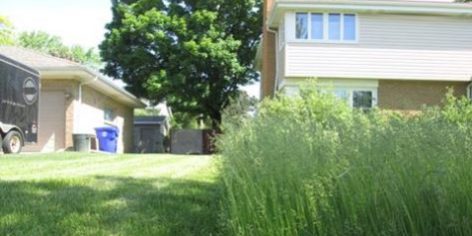 Everyone is jumping in to help honey bees these days, and we just found a new measure being undertaken by legislators in Appleton, Wisconsin that is really interesting. City legislators are introducing a new resolution called “No Mow May” in an effort to help pollinators once the spring weather is in full swing.

As most cities do, Appleton has an ordinance regarding how high a lawn can be. From May 1 to June 15, however, local legislators are trying to have that ordinance suspended to help honey bees. This is the post that was put up on the city’s official Facebook page to garner support for the new legislation:

“On Monday, our Municipal Services committee will consider a resolution called ‘No mow May’ in which our City of Appleton Public Works Department would refrain from enforcing our long grass ordinance for the month of May, through June 15th.

“The resolution, co-sponsored by a number of alderpersons, is meant to allow emerging pollinators like bees, to be able to flourish and pollinate plants at the most critical stage of the year. The resolution is also an extension of the City’s commitment as a Bee City USA city.

|You can read more about the proposal and the text of the resolution on our website: https://www.appleton.org/Home/Components/News/News/20879/18…

“Feel free to share your feedback with Common Council members here: https://www.appleton.org/governme…/common-council/contact-us. The Municipal Services Committee meeting is on Monday, Feb. 24 at 4:30 p.m. on the 6th floor of City Hall.”

Local Alderperson Joe Martin further stated, “This is about the one basic thing we need, and that is food.” He further stated, “All of a sudden, what’s coming alive? Everything. Bees, beetles, a variety of insects are an important part of pollination.” In addition to allowing residents to let their lawns go for the month, the city will also be doing the same, at least where it can.

So far, the residents seem to approve of the idea. Appleton resident Dannielle Konz stated, “I think it’s a really cool resolution. Honey bees and bees other than like wasps are going to leave you alone if you leave them alone. I don’t really see an issue unless you’re like running through the grass and stepping on all of their friends that that would be too big of an issue.”

The resolution officially goes up for discussion during a public meeting on Monday, and we sure do hope it passes!