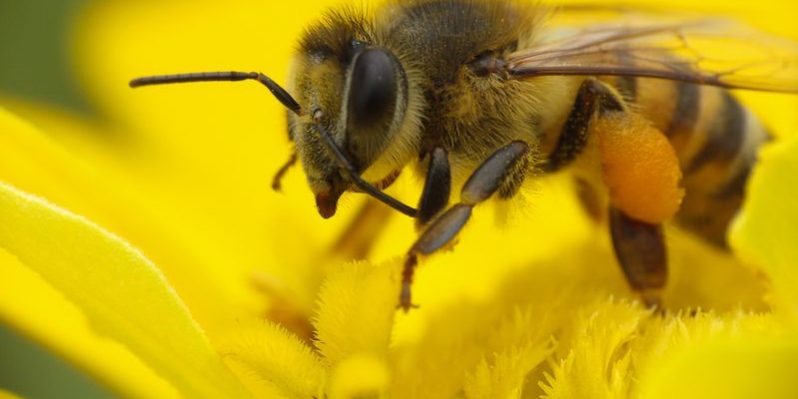 When it comes to the South African Cape honey bee, one tiny change in its genetic makeup transforms the socially organized insect into a fighting social parasite. This change guarantees infertile worker honey bees will start laying eggs of their own and fighting with other colonies. Recently, an international team of researchers from Martin Luther University Halle-Wittenberg (MLU) outlined the genetic foundation for this intermittent, rare phenomenon, according to a paper recently published by Molecular Biology and Evolution.

Being social insects, honey bees live in colonies with distinct social structures and clearly distributed roles. For example, many female infertile worker bees take care of the nest, the larvae, and the queen, who is responsible for birthing all the colony’s offspring. Male drones come from unfertilized eggs while female bees come from fertilized ones, and new queen bees only occur when the hive divides or the last queen has become too old or has died. However, for South African Cape bees, things are a bit different, as some of the worker bees can produce female larvae via unfertilized eggs.

After they’re raised up in their original colony, these false queens start reproducing more and may invade foreign yet closely-related colonies before ultimately taking over those hives. The behavior was first seen in the 1990’s by beekeepers who were working to establish Cape bees in a South African region where another honey bee subspecies lived. “The phenomenon whereby worker bees have fully developed ovaries and the ability to produce their own offspring from unfertilized eggs occasionally happens and is called parthenogenesis,” says Dr. Eckart Stolle, a biologist who carried the study out at MLU’s Institute of Biology with Professor Robin Moritz and Dr. Denise Aumer.

Unlike typical bees, Cape honey bees produce female bees from unfertilized eggs rather than male drones—a phenomenon called thelytoky. Per Dr. Aumer, “The syndrome is uncommon but evolutionary makes sense—when a queen dies suddenly, this process is a way to save the colony.” For a while now, researchers have been searching for a genetic basis by which thelytoky exists and the reasons why other bees don’t have it. However, the scientists from MLU finally found a method for understanding the process—they compared the genomes of Cape bees who could produce parasitic young with those who couldn’t. They discovered the gene responsible for these parasitic bees, and one small code variation ensures thelytoky will take place.

It was also discovered this genetic trait is a dominant one. “Over time, this should result in more and more bee colonies with this trait. However, this is not the case. Obviously, the underlying mechanism is more complex,” Stolle said. The rest of the team also suspects this thelytoky variant occurs only when in combination with a normal variant and that by itself it’s lethal to bees. To date, this phenomenon has been seen in only a few species, and the work performed by these researchers has provided a huge clue for understanding it even more.