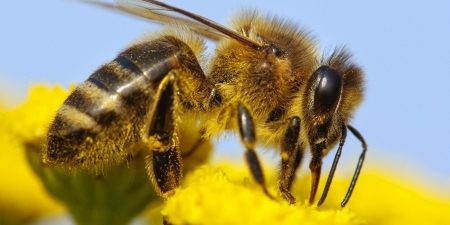 The endangered species list has gained a new entry that may be concerning to those who live in the United States. The yellow-faced honeybee is dying off in large numbers in Hawaii, and the impact this will have on the main continent and the rest of the world is currently unknown. For Hawaii, this could mean a drop in its food supply. Because of this huge impact, the yellow-faced honeybee is now federally protected—meaning it is now illegal to kill one intentionally.

With animal endangerment on the rise for many species, animal conservationists around the globe are making it their goals to stop hunting practices. People who lead the vegan lifestyle may be the percentage of the population that does the most saving just out of pure habitual living because of their beliefs not to consume products made from or from the labor of animals. However, vegans won’t be the only ones affected if honeybees become extinct. Bees are widely important to this planet as our primary pollen spreaders, which helps flowers and plants propagate. Other insects do similar things, but bees are known for their affinity with nature. If bees become extinct, plants will die and animals who feed on those same plants will die also.

Hawaiian scientists have built shelters for the bees to prevent ants from destroying hives. These ants are non-native to Hawaii, which causes many problems where honeybees are concerned because they have no way to fight them off. Entomologist Jason Graham created these bee shelters, so now bees can thrive without having their homes destroyed. The hives are made out of wooden blocks with holes drilled into them for the bees to live in and are hung from branches on a rope covered in a sticky substance that prevents the ants from reaching the nest. It does not aide against other species like the Indian native bee, however, which battles for the same food and space as yellow-faced honeybees.

It’s too early to tell if the homes will make a great enough impact to take this bee species off the endangered species list, but entomologists are looking into other possible solutions. A major problem for bees are tsunamis, which could destroy any progress made to preserve the species, but this is unfortunately an aspect of nature that cannot be prevented. In 2015, 40-foot waves destroyed a colony of bees living in a rock jetty.

This could point to climate change having an impact on the Hawaiian native bee colonies and their fast decline. Headway is being made, though, slowly but surely. It’s possible that the vast growth of the automobile industry to go green and the continuing recycling efforts are aiding the bees enough that one day they may be removed from the endangered species list.