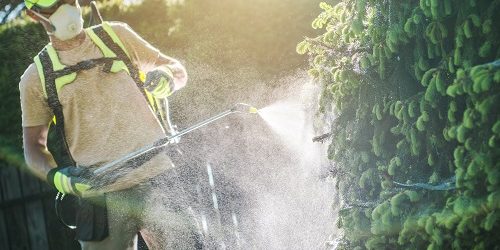 According to research performed by the University of California in Berkeley and the University of Exeter, as much as 13 percent of beekeepers in the United States are at risk of losing their honey bee colonies as a result of pesticides sprayed for fighting the Zika virus. This disease, known for affecting unborn children via brain defects, spreads byway of mosquitoes. Because of this, the flying insects are the targets of air-disposed pesticides in the southern U.S. where Zika-infected mosquitoes tend to live.

The researchers compared data regarding honey bee densities with data on at-risk areas for Zika, and they were able to calculate the number of bee colonies that may be affected by the virus. “A colony unexpectedly exposed to pesticide spraying for mosquitoes would almost certainly be wiped out,” says Lewis Bartlett, who works with the Center for Conservation and Ecology on Penryn Campus for the University of Exeter in Cornwall. “Beekeepers in the U.S. move their colonies around to support farmers, so a beekeeper with all their bees in one area at a given time could lose them all.”

Per Bartlett, that’s what happened with a beekeeper who ended up being caught unaware by the pesticides and lost her colonies. Bartlett also stated that, due to the many threats facing honey bees and other bee species, even small additional problems like this become significant. “Many beekeepers live on the breadline, and if something like this changes things, so beekeeping is no longer profitable, there will be huge knock-on effects on farming and food prices,” given bees play crucial parts in agriculture via pollination, Bartlett said.

This new study also saw positive correlations between areas with the right circumstances for Zika and bee colony density—raising the likelihood of honey bees being affected by Zika pesticide spraying. Such areas included the Gulf Coast, Florida, and possibly California’s Central Valley. There are states like Florida with established control programs for mosquitoes as well as systems for limiting the number of unintentional targets like honey bees. However, other states seem less prepared to establish preventative measures, including warnings to beekeepers prior to spraying, which often happens during summer as an ideal time for targeting mosquitoes.

While these findings don’t translate directly to other pollinating species, Bartlett says honey bees are far more resilient when compared with most other bees, meaning the situation for other bee species could be worse or at the very least similar. We’ll just have to see whether this new research will help in preventing the spread of the Zika virus while still protecting honey bees and other pollinators.