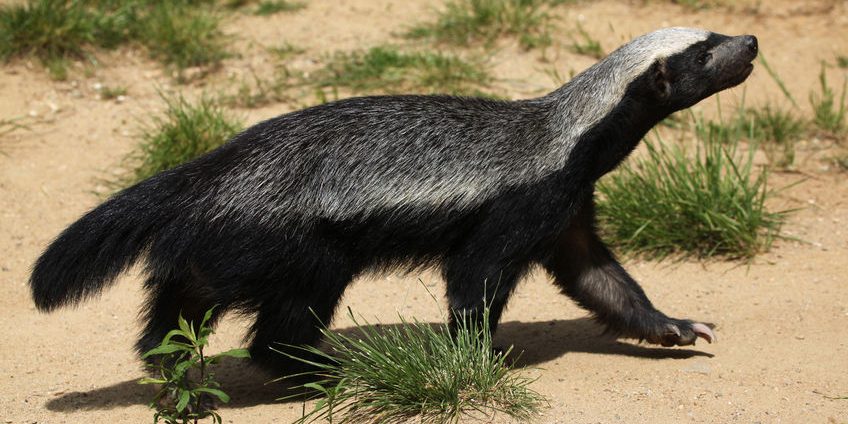 You know how much people love raw honey, but that love for the rich taste of it is also liked by several different animals. If honeybees remain a part of agriculture and our general ecosystem, then there will be honey aplenty for fans everywhere.

In addition to pets like cats and dogs (whom we’ve suggested recipes for using raw honey as an ingredient, but use in moderation), there are other animals that will do anything to get their paws on your cache of honey. So, even if it’s just to better protect your garbage cans, here are a few animals from the wild that love and crave honey just as much if not more than we do.

While not necessarily thought of as a typical connoisseur of honey, skunks are actually the foremost predator of honeybees, preferring to chow down on them rather than the bees’ honey stores. However, they will feast on the honey if given the chance, almost like an extra snack after talking out a hive.

Unsurprisingly, raccoons are known for being nuisances—pillaging garbage cans off driveways in more urban areas and foraging for whatever they can find to eat. However, they’re also a hindrance for beekeepers, as raccoons love their honey and are known for destroying hives for it.

Like skunks, these North American marsupials prefer feeding on the honeybees themselves and not the honey, but they’ve been known to empty entire hives and their honey stores.

Despite growing up with stories of Winnie the Pooh, there is some speculation regarding whether bears love honey at all, but the evidence does suggest that bears love honey after all. When bears find a hive, they can consume all of it, from the honeycomb and the larvae within it to the honey.

From the weasel family, the African, Indian, and Southwest Asian native honey badger is a ferocious creature that will, to put it lightly, consume anything. And, as you can imagine, the honey badger’s name stems from its love of honey, and it will eat anything it can find in a beehive, from the honey to the bees. Honey badgers are also known for their mutually beneficial relationship with birds called greater honeyguides, which guide the honey badgers to the hives, they break in and eat, and then they leave their scraps for their flying partners in crime.

Luckily, you don’t have to battle any wildlife to enjoy the great taste of Manuka honey. You can click here to get your order started and have it delivered to your doorstep in no time at all. And remember, we offer FREE shipping on all orders of $150 or more!