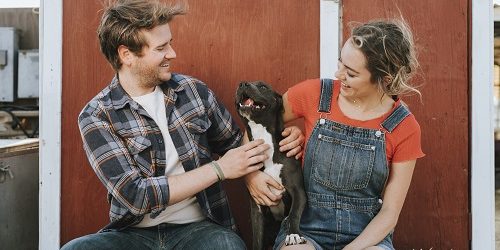 According to officials in Berkeley County, South Carolina, a young, 14-month-old pitbull named Gabe suffered severe injuries after allegedly being strapped to a car bumper and then dragged behind it. This occurred about three weeks ago, and because of it, Gabe’s ex-owner, Chad Brinson, a resident of Cross, South Carolina, has been arrested on felony charges for the ill treatment of animals, as per the Sheriff’s Office of Berkley County.

Gabe’s vet, Dr. Michael Sauer, who is the DVM for Columbia, South Carolina’s Paws and Claws Animal Clinic, has since spoken about the new challenges facing the injured pup, and he’s also stated that Gabe has a long way to go before he can claim to have a clean bill of health. Complicating things further is the fact that Gabe has also caught a staph infection, which is both contagious and very hard to treat.

Per Sauer, “He was in contact with a human with MRSA at some point and it’s cultured all over his body, and now we have to pick stronger antibiotics—just a whole other layer of issues that we have to work through.” Gabe was said to be covered with open wounds upon arriving at the Paws and Claws Animal Clinic. “They were pretty serious. You could see bones and tendons in his feet. All of his nails were worn all the way down on his rear legs, and his chest had an open wound,” Sauer said. The open chest wound as well as wounds on Gabe’s paws are being treated currently with mesh coverings.

“The skin will grow over [the mesh] and through it,” Sauer said. “He had a lot of open skin that had no way to close it, so instead of doing a skin graft, we had mesh to try to fill in those areas and allow the skin to grow through and heal faster.” Where enough skin was present, Sauer used over 500 stitches in order to close everything up, adding, “This is just the top layer—there is more that you can’t see, layer after layer.” Gabe will have to endure bandage changes every day for the next few months.

“We are going to put on a spray that we know kills the MRSA on all the wounds,” Sauer said. In addition to other special attention Gabe will require, his bandages have a combination of petroleum jelly, insulin, and Manuka honey underneath them, with the insulin allegedly being used to force cells into pulling out glucose from the Manuka honey, according to Sauer. Hopefully, Gabe will continue to receive the best medical care available, and he will also hopefully be placed with a good, happy home to spend the rest of his days.

*Please note, the pitbull in the picture is NOT the injured pitbull. The puppy is still recovering and his injuries were rather gruesome, so we are just using a stock photo.