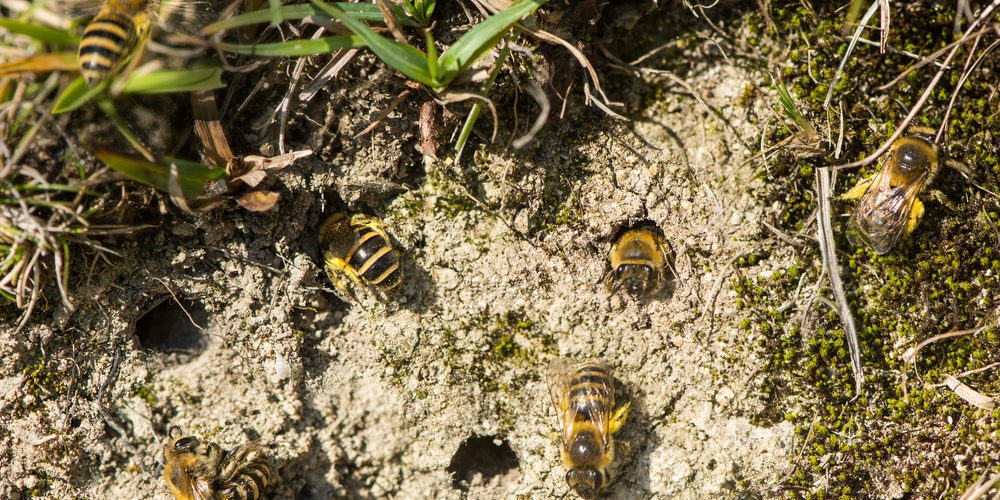 The United States, like most countries, largely relies on pollination to grow its food supply, and the most famous of our pollinators is the European honeybee. The funny thing is, for all their importance in feeding Americans, there are no American honeybees. Every species of honeybee, whether a European, Italian, African, or Asian variety, originated from somewhere other than North America. While no one truly knows which continent honeybees came from (Africa or Asia is suspected), it is known that honeybees weren’t brought here until 1622 when the Europeans settled here.

Even though honeybees didn’t call North America home until only relatively recently, the New World had other popular pollinators that still exist today, some of which most have never even heard of. One of the best known of the bunch is the blue orchard bee, and it’s one some farmers say is an even more effective pollinator than the honey bee. Like the mason and leafcutter bee, blue orchard bees are very different from honeybees in many ways.

Being blue and black in tone, the blue orchard is known to be a singular bee. Honeybees, on the other hand, live in large, complex hives with one egg-laying queen, hundreds of female worker bees, and male drones for breeding. Preferring holes and other small places, blue orchards are alone but not hostile toward other members of their species. Females find mates every spring before finding an appropriate place to nest. Once she’s found a spot, the mother then makes small partitions from mud, filling them with nectar and pollen before laying an egg inside each partition. She will lay, on average, around five eggs.

One reason farmers prefer blue orchard bees as pollinators is they gather pollen using their abdomens and not their legs. Blue orchard bees perform a sort of swimming movement in the flower to make the pollen stick onto them. This movement is great for dispersing pollen between various plants and for gathering pollen for their broods.

As to why blue orchard bees aren’t primarily used by commercial pollinators, it is apparently difficult to get them to remain in one spot and act as the farmers need them to. Blue orchards don’t live in their hives for multiple generations, so if farmers release a bunch near a custom-made nest, most will simply fly away. While they are effective pollinators, their transient nature makes unreliable for more than one season. The real trick will be for researchers to persuade blue orchard bees to remain where they were born. It will likely involve adapting to their behaviors to entice them and not thinking of them like honeybees.