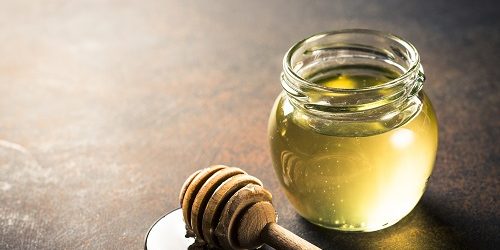 A team of researchers from Australia have found a method for differentiating honey based on geographical origins, which could help in preventing common adulteration issues regarding honey. According to this study, honey ranks among the world’s most adulterated foods, with many common practices for this including adding corn syrup or cane sugar to it or mislabeling its location or country of origin. This study particularly focused on mislabeling and encompassed about 100 samples of honey from 19 different countries across Asia, Africa, North America, Europe, and Oceania. Among these samples, the New Zealand-based Manuka honey is often subject to adulteration, with the study saying, “Manuka honey is New Zealand’s most iconic honey and commands a premium price due to its claimed health-related benefits.”

With these samples, the study’s researchers found that utilizing canonical discriminant analysis (CDA) and principal component analysis (PCA) in addition to their “C5.0” classification model distinguish specific clusters built on trace element concentrations and carbon isotope types. “[In particular], the trace elements strontium, phosphorus, manganese, and potassium can be used to differentiate honey according to its geographic origin,” says the study, which also states that the clusters can help detect fraudulence. C-4 tests are the most commonly used method for honey authentication, as they determine if C-4 sugars (found in corn syrup and cane sugar versus pure honey’s C3 isotope) have been used to adulterate honey.

The researchers found especially high adulteration rates in the samples that came from Asia. About 53 percent of the tested samples were shown to be adulterated, with Europe and Australia following with 28.6 percent and 18.4 percent respectively. According to the researchers, “The common fraudulent practice of adulterating commercial honey is confirmed by this study of global honeys. [This] study shows that [this analysis method] can be used to expose the common fraudulent practice of adding C-4 sugars along with the mislabeling of a honey’s geographic origin.”

With that being said, the researchers recognized that this method does have its limitations, saying, “[The] methods used here cannot detect adulteration…using C-3 sugars, such as those from sugar beet. Other adulterants in honey are [also] difficult to detect due to the development of new and more sophisticated practices and lack of officially accepted analytical techniques.” As per a similar Czech study, researchers who were reviewing detection methods for adulterated honey wrote that two types of honey adulteration existed—indirect and direct.

One thing you know for sure, when you buy your Manuka honey from ManukaHoneyUSA.com, you are getting the real thing! To get your order started, click here. And, remember, we offer FREE shipping on all orders of $150 or more!