Bee Brain Could Be New Model for Cameras 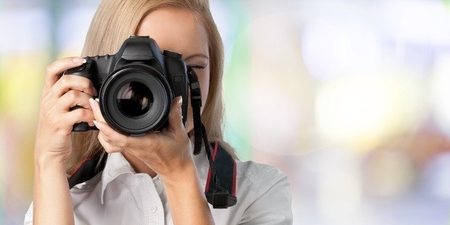 While honeybees are more well-known and celebrated for their essential role in large-scale pollination, there has been a recently published study suggesting that very soon society will be thanking the little pollinators for paving the way toward more precise color imaging in the field of digital photography. The findings of the study’s investigation, published by a researching team in Proceedings of the National Academy of Sciences, dictate how bees see color and question previously held assumptions.

The researchers claim these findings could be brought into camera production, leading to better representations of natural lighting. Previously, scientists have asked questions regarding how honey bees recognize the colors of flowers they have visited already, despite ambient light changing constantly. The accepted explanation was bees, similar to humans, are capable of chromatic adaptation—as in, if a green object is being illuminated by red light, it’s still recognized as green.

A theorem—the Von Kries chromatic adaptation method—provided a mathematical foundation for this explanation, eventually being used for camera technology in order to uphold color constancy. With bad digital cameras, the colors look unnatural. However, cameras with white balance choices and quality sensors provide images that are in line with what people perceive with their own eyes. This new study suggests bees have another means of processing color than previously thought. Bees possess two chief compound eyes, which directly observe flowers they are targeting. However, on their heads, bees possess three ocelli that are pointed toward the sky. Every ocellus comes with two receptors for color, which sense the ambient light.

Jair Garcia, Ph.D., the study’s lead author, stated, “Physics suggests the ocelli sensing of the color of light could allow a brain to discount the naturally colored illumination, which would otherwise confuse color perception. But, for this to be true, the information from the ocelli would have to be integrated with colors seen by the compound eyes.” The ocelli’s neural tracings were mapped, which showed neural projection directed to parts of the brain that process color. Garcia’s team worked out that corresponding visual pathways moved into higher-level visual processing centers within the insect’s brain.

After the hypothesis’s mathematical models were compared with observed behavior, it was concluded they were right. A coordinator for the team’s research, Adrian Dyer, said, “This discovery on color constancy can be implemented into imaging systems to enable accurate color interpretation.” Great hopes are being held for these models possibly being integrated into cameras, drones, and robots to create improved color constancy for outdoor settings.