Bees Still Have a Long Way to Go 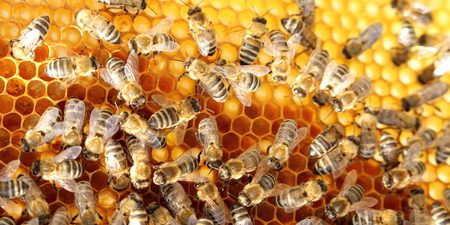 Recent headlines regarding a U.S. Agriculture Department survey, which stated commercial bee colonies were up from last year whereas lost colonies were down, seemed to indicate positive changes for honeybee populations moving forward and a decline in the effects of colony collapse disorder (CCD). However, even with these positive changes, there are those who aren’t immediately jumping for joy in celebration. Some publications are reporting beekeepers saying their hives aren’t as strong as they once were and entomologists saying that even though CCD was “a blip” in beekeeping history, it’s because it has been overshadowed by less mysterious concerns, such as parasites, diseases, and physiological problems.

Per a Bloomberg View report, further study into the situation suggested: (1) bees’ numbers may be improving, but not by much, (2) CCD wasn’t ever the main issue, (3) honeybees weren’t about to go extinct, and (4) several native U.S. bee species could actually be in danger of going extinct. The speed with which the media, conservationist groups, and a few politicians caught wind of the term “colony collapse disorder” back during the winter season of 2006 was extensive, with beekeepers reporting 30 or 40 percent losses and creating a bit of a scare.

The interesting thing about these numbers is that the number of commercial honeybee colonies in 2000 was 60 percent less than in 1970, but the amount of honey produced was the same in both decades, which can be attributed to a more efficient system. Even as honey production has gone down among commercial beekeepers, crop pollination is their greater source of income. These big commercial beekeepers also happen to be the group that loses the fewest colonies every winter when compared to backyard beekeepers—of whom there are many now thanks to the CCD scare, and not everyone knows what they’re doing.

Commercial beekeepers still lose around one quarter of their hives each winter, but CCD no longer appears to be the major issue, as per Dennis vanEngelsdorp, president of Bee Informed Partnership. Instead, parasites and diseases are the greater concerns. The varroa mite, for instance, is a real problem for bees — sometimes destroying hives or weakening them as a vector for diseases that will, which contributes to the deadly effects of pesticides on bees as well.

At this point, honeybee populations have been slightly improving among certain beekeepers, but the focus should be on the issues with concrete evidence of affecting bees, such as varroa mites, diseases, and pesticides. As well, native bee species, such as bumblebees, appear to be declining for many of the same reasons, along with a lack of suitable forage often being cited is another chief concern.