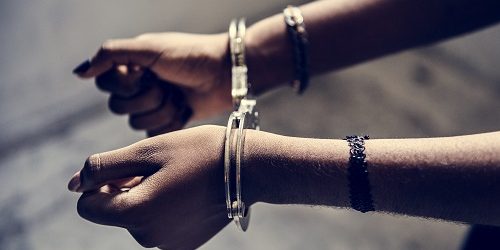 When compared to everything else you may be hearing about on the news, a simple case of shoplifting may not seem like much to scream about. However, as several of our recent stories have revealed, there is a pattern to be found when it comes to food theft, particularly with Manuka honey and people who wish to take advantage of its high value for their own benefit.

In the town of Bournemouth, which is a large resort town that lies on England’s southern coast, just east of the Jurassic Coast, a World Heritage Site, a local woman has found herself facing the consequences of stealing both Manuka honey as well as Famous Grouse whiskey. Bournemouth resident Jessica Mason, 31, appeared before the Poole Magistrate’s Court on August 16, and it was during this hearing that she pleaded guilty to stealing a bottle of cognac worth about $80 and two bottles of Famous Grouse whiskey.

The act itself took place in an Asda store, which is a British supermarket subsidiary of Walmart, back in April. On a similar occasion around the same time, Mason also stole three Manuka honey jars worth about $210 in total from a Holland and Barrett. She also faces charges for failing to surrender into police custody back in June as well as the commission of another offence during the time of a suspended sentence order, which was made by the Worcestershire Magistrate’s Court in June 2017 for a pair of theft convictions.

Despite this eclectic resume backing her up, Mason received a mere fine of £70 (or about $90 U.S.) and was ordered by the court to pay Holland and Barrett £160 in compensation in addition to a 30-pound victim surcharge. Regarding Mason’s whiskey thefts, the magistrates didn’t order her to pay compensation to Asda, as she lacked the means to pay for it anyway.

Beyond the bare bones of what you’ve read today, not much is known about Mason or her previous criminal history. It’s also not known what her motives were in this case, specifically if she intended to keep the items or sell them at marked-down prices. Regardless of the motivation, it would be wise for Manuka honey buyers out there to take note of low-priced honey products they come across, as it may be an instance like that of Ms. Mason helping herself or even one where the honey has been mixed with other impure varieties.

You don’t have to steal Manuka honey to enjoy it, just order it from Manuka Honey USA! To get your order started, click here. And, remember, we offer FREE shipping on all orders of $150 or more.