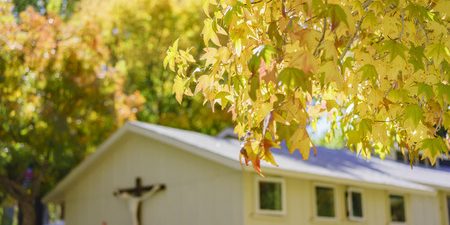 Roughly two miles from the Pacific Ocean lies an abbey, specifically the Prince of Peace Abbey, which sits on a hill within the town Oceanside, California. Since 1958, the monks of this abbey have been leading their lives through work and prayer, with Blaise Heuke in particular joining right after finishing high school. According to Brother Blaise, 80, he’s found lifelong joy in his dedication to God, but he’s also found joy in beekeeping. With this joy, he has raised bees on the abbey grounds, extracting honey for sharing with his fellow monks and selling at the abbey’s gift shop. In addition to sharing honey, Brother Blaise also shares his knowledge about the harvesting process.

Treasures to Pass On

Unfortunately, as of 2015, Brother Blaise has cancer in his lymph nodes, electing to not seek treatment at his age and leave his fate up to the almighty. “They took a biopsy, and they said, ‘well, you have cancer,’ and so I resigned myself that this is the end of my life coming, which is okay. I’ve had many years of good health, and we all got to go sometime,” says Brother Blaise. Even with his death hanging over him, though, he doesn’t think about it often, only marking development of the condition through weight loss. Brother Blaise only wishes to continue harvesting while looking forward to someone else taking over his apiary, saying, “It’s a treasure I’d like to pass on.”

Brother Blaise often invites groups of visitors every week after mass to accompany him to his apiary, where only uses primitive tools to do his work. “To cut the wax off, they have to cut it off by hand, and to extract it, they have to run the machine by hand. I could get an automatic machine to do that for me, but then it would take away from the joy of the kids doing it,” Brother Blaise said. “It’s all very down to earth.” Owning 50 hives in total, Brother Blaise’s bees make their honey using the wild brush close by, such as sage, buckwheat, and anise.

According to Father Paul Farrelly, Brother Blaise’s fellow monk, the honey the bees produce is good for their community, as it gives them a piece of the abbey and some of what happens there. “I don’t think it makes us millions of dollars as far as the sales of the honey. But anyone who eats that honey gets some of the love that Brother Blaise puts into getting it into the jars,” says Father Farrelly. The gift shop manager for the abbey, Joanne Bruning, said it wasn’t uncommon for visitors to leave with boxes of honey to fill their pantries. “It’s just amazing how many people Brother Blaise has touched their lives – just incredible – through the honey. We call him the saint around here,” Bruning said.

With his condition diminishing each day, Brother Blaise has maintained the right spirit going forward. “Right now, I have no pain, but I probably still have cancer, but I don’t know the results of that until time. Time will tell,” says Brother Blaise. He remains hopeful that the monastery will keep being a place of prayer, reflection, and, obviously, honey, a legacy that will be taken up by a fellow monk by the name of Brother Peter Khoa when Brother Blaise no longer can.