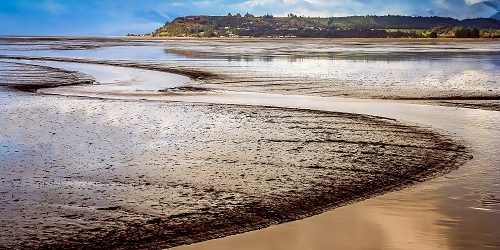 While New Zealand is often seen at the top of most Americans’ vacation bucket lists, it turns out that a majority of Chinese citizens and vacation seekers also have dreams of seeing the close neighbor of the Land Down Under. According to research from the hotel booking website Hotels.com, New Zealand ranks near the very top of wish lists for Chinese tourists, and this research also reveals how these individuals choose where they wish to stay. The study also showed that New Zealand ranks third with France regarding where new Chinese tourists typically prefer to visit, particularly for the next year.

Despite being ranked 15th among other countries for popularity amongst Chinese travelers—with over 400,000 visitors during the year leading up to September 2017—the international traveling monitor report shows New Zealand ranks behind only Canada and Australia for the places Chinese tourists want to visit. Additionally, Hotels.com’s research report showed that New Zealand was 10th for places Chinese visitors felt the most welcome this past year.

Alongside research like this coming to light, next year will reveal a ”China-New Zealand Year of Tourism,” which both countries apparently hope will promote further travel between the two distant neighbor countries. New Zealand still only got a mere fraction of the over 115 million Chinese tourists who travelled to other countries last year, but the 2019 ”China-New Zealand Year of Tourism” may boost even more arrivals. Whether it’s the landscapes, the Manuka honey, or the Lord of the Rings tour across the North and South Islands, New Zealand certainly has plenty to offer the tourists who smartly choose to visit when they have the opportunity.

According to David Spasovic, who is the marketing manager for Hotels.com in New Zealand and Australia, the report his company released shows a generation of travelers from China who are hungry for new, exhilarating travel experiences to more far-off spots. “Chinese millennials born after 1990 are particularly eager to cross the world, increasing their travel expenditure in the past year by a staggering 80 percent and committing a third (36 percent) of their income to travel—more than any other age group—as they take full advantage of the strong exchange rate against the Kiwi dollar.”

Roughly 80 percent of travelers visited New Zealand for leisure and the rest for business purposes. Research also indicates that natural attractions provide the big draw for tourists, with the Franz Josef Glacier being labelled as a must-see by 30 percent of those surveyed. Other attractions include the Mount Eden/Maungawhau crater, the Fox Glacier, and the Milford Sound.

Want to enjoy some delicious Manuka honey from New Zealand? To get your order started, click here. And, remember, we offer FREE shipping on all orders of $150 or more!