Cities Are Now the Place to ‘Bee’ 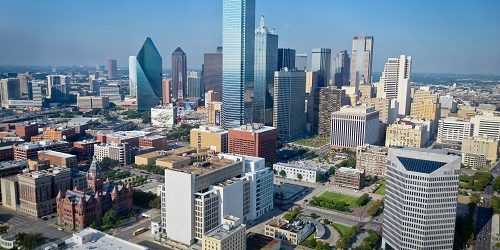 A funny thing has happened over the last few years… honey bees are now actually thriving more in urban areas than in rural areas. It seems contrarian to nature, but a new report has stated that country bees are struggling while bees in inner cities are thriving. The report is the result of a joint study conducted by the German Centre for Integrative Biodiversity Research (iDiv), Martin Luther University Halle-Wittenburg (MLU), and the Helmholtz Centre for Environment Research (UFZ).

According to the new research, when compared, urban flowers were better pollinated than their countryside counterparts. Prof Robert Paxton from Martin Luther University Halle-Wittenberg (MLU) and the German Centre for Integrative Biodiversity Research (iDiv) stated, “Urban people are constantly changing their environment. Finding your way around is a challenge that bees are particularly well-equipped to deal with due to their highly developed orientation and learning skills. Flies and butterflies obviously find this more difficult.”

The really interesting thing about this study is that it would directly contradict one of the major factors environmentalists are pointing to when it comes to massive die-off rates being experienced by beekeepers around the world right now. Expansion and lack of habitat are regularly considered a contributing factor, but is that really the case now?

This study was obviously done overseas, but it may be reasonable to assume many of the factors that contributed to this study also hold true here in the states. For instance, there are numerous bee-friendly organizations promoting urban hive development. In Atlanta, the Bee Downtown project is locking down corporate sponsorship to create an ever-expanding network of rooftop hives throughout the city. This project is also alive and well in North Carolina, creating more inner-city hives for bees than we have ever seen before.

We have also seen a major push by several hotel companies to incorporate beekeeping into their F&B programs. The Radisson Blu Mall of America hotel has joined the Bee Network to host on-site apiaries throughout the Twin Cities area. Marriott has also joined this movement, with Matt Sanchez, the head chef at Sawgrass Marriott in Florida not only keeping his own hives, but he is actually the first licensed beekeeper in the history of Marriott International.

The only challenge we see is that with a growing population of bees in our cities, we need to ensure everyone is better educated. The last thing we need is for some unknowing soul to happen upon one of these hives and doing something to disturb or destroy it. For now, though, it does appear that everyone is doing their party to help fix this crisis, and we can only hope it continues as well as governments worldwide doing their part to ban dangerous pesticides and continuing to contribute to monitoring surveys that are critical for the future of our honey bees.