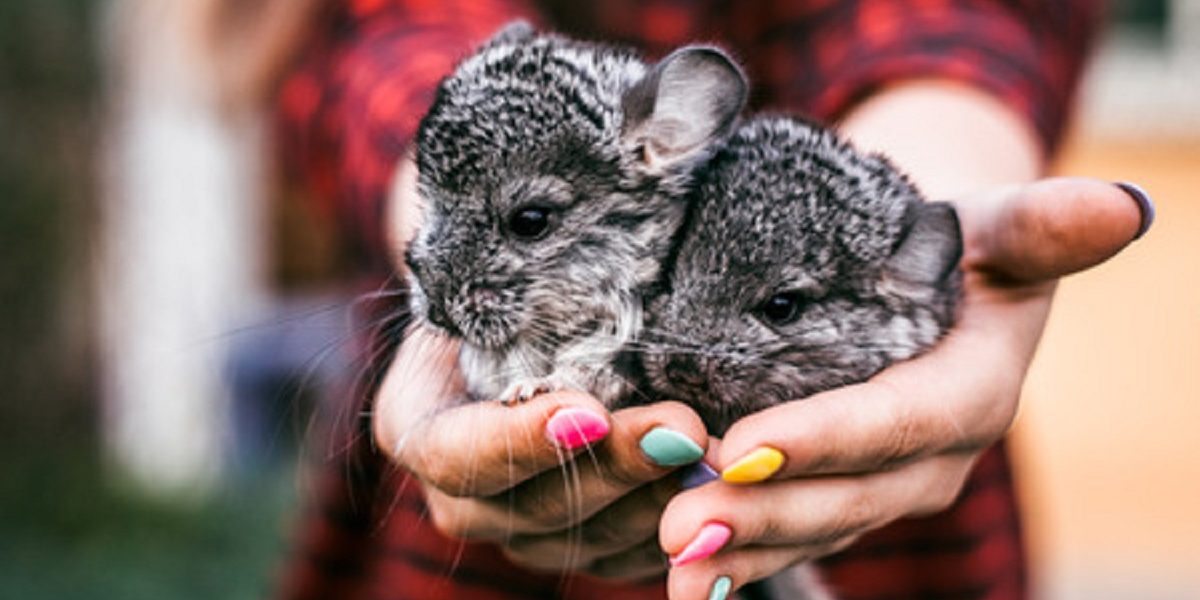 For those who’ve taken on the responsibility of owning a chinchilla, it’s important to remember that they can live out long, healthy, and happy lives when supplied with a good home, plenty of attention and love, and a balanced diet. Ensuring that your chinchilla is cared for properly acts as the best preventative medicine around, but even when chinchillas get everything they need, the possibility of illness or injury still exists. Common signs of illness include constipation, diarrhea, poor coat, not drinking or eating, lethargy, and trouble breathing. If you ever suspect your chinchilla is suffering from an injury or illness, you should consult your vet. To ensure you know what to look for, here are some common health concerns in chinchillas.

If you have more than one chinchilla and they don’t get along, it wouldn’t be surprising if a fight occurred. Fights can result in bites, which can get infected if deep enough. Make sure to the clean the bites using antiseptic and Manuka honey and to keep it dry and clean. Contact your vet if you suspect there’s an infection.

In chinchillas, the most commonly seen broken bone would be the hind legs’ long bone, which is thin and can easily break. Breaks may be caused by improper handling, rough play, limbs getting caught, or similar accidents. Either way, broken bones require treatment from a vet.

Chinchillas cannot regurgitate or vomit, so if their food gets stuck in their wind pipe, they can suffocate quickly and die. The symptoms include retching, drooling, trouble breathing, and refusing to eat.

Common issues with chinchilla ears come from infection, the symptoms for which include rubbing their ears, pain, head tilting, and loss of balance.

This condition is the inflammation of the intestines and stomach, often due to diet change or bad food. Symptoms include weight loss, dehydration, diarrhea, and pain.

Because of their heavy coats, chinchillas manage cold weather much better than they do hot weather. When temperatures rise, this can cause chinchillas to overheat, which can be life-threatening. Symptoms include the chinchilla lying stretched out, drooling, reddened ears and eyes, and rapid breathing—they can even become comatose if the heatstroke is prolonged. To cool them down, submerge them neck down in cool but not frigid water.

This fungus, contagious to people and pets alike, can result in chinchillas losing hair. Other symptoms include scabs and scaly patches of skin.

Your chinchilla’s teeth will grow throughout its entire life. If the teeth are overgrown, not straight, or unevenly worn, they could grow into the mouth’s soft tissues, which is very painful. The symptoms for this are drooling, weight loss, trouble swallowing, bad breath, protruding teeth, and not eating. It’s even possible for chinchillas to starve if they go treatment, so provide safe chew toys for chinchillas to keep their teeth at a healthy length.

If your chinchilla’s fur starts getting weak and wavy, it’s likely from too much protein, but a balanced, healthy diet can bring their fur back to a normal appearance.