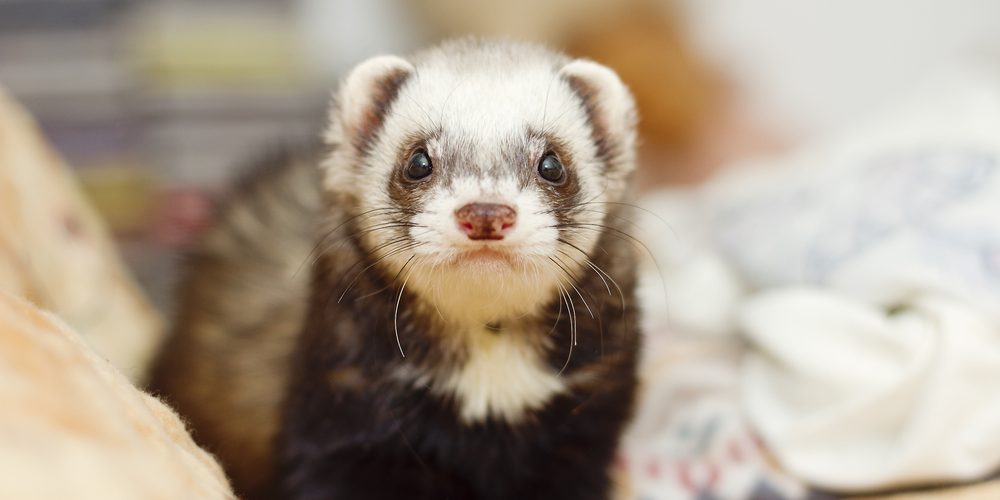 Ferrets are said to be fun, rewarding pets for those who take them in, but while this may be true, ferrets do have shorter life spans than most pet owners are likely used to. On average, ferrets live between five and eight years though a few have been reported to live to 13 years. To make sure a beloved pet ferret lives longer while maintaining a sound quality of life, it would be beneficial for pet owners to know the types of diseases and other medical concerns their ferrets are prone to. Doing so will not only help them beat the odds, but it will also give pet owners plenty of time with an animal that is said to be a joy to call a friend. So, check out our list below and become more informed about your pet ferret.

As the most common ferret disease, adrenal disease, a hyperplastic disease that affects adrenal glands, is similar in some ways to Cushing’s disease, found in humans and dogs, though ferret adrenal disease causes the adrenal gland to over produce sex hormones. The clinical sign to watch for specifically is loss of hair. Several treatments exist for ferret adrenal disease—if the disease is limited to the left-side adrenal gland, surgery can all but cure the condition. If not, medication is the only option, such as melatonin, deslorelin, and Lupron. Melatonin is often in a daily pill form or a trimonthly injection; Lupron, an injection, can be monthly, trimonthly, or biannually depending on the brand; and deslorelin is an implant injection that can last two years. A vaccination is also in the works.

Another common disease among ferrets, this condition occurs if the pancreas has developed tumors on its insulin-manufacturing cells or insulinomas. Should this happen, the tumors begin over-producing insulin, and ferrets don’t have sufficient glucose to counteract it. The ferret’s blood sugar eventually begins to drop, and it may lose energy, drool, suffer weakness in the hind limbs, have hypoglycemic seizures or, at worst, die. Surgery or medication are the only options for treatment—if a ferret only has a couple insulinomas, they can be fully removed via surgery.

If they’re all over the pancreas, surgery minimizes the excess insulin and lengthens the time the medication works. Prednisolone will increase the body’s glucose, which helps counteract excess insulin—your ferret will need higher doses over time as long as there are glucose stores within the liver.

On a lighter note, a simpler medical condition ferrets are susceptible to is the flu—the same kind humans are prone to, making them the only animal capable of getting the same strains of the flu as us. If a ferret becomes lethargic, feels sick, or you or another individual recently had the flu, then the flu could easily be to blame. As with people, the medication Tamiflu can relieve a ferret’s symptoms, but the quicker the animal is treated, the more efficient it is. As well, supportive care—fluids, Manuka honey, hand feeding, and so forth—can go a long way toward helping nurse the animal back to proper health.