Deadly Wildfire Calls for Manuka Honey to Save Horses 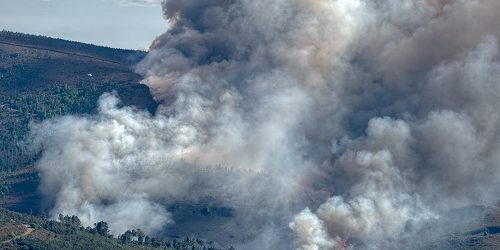 Late in 2018, Northern California had its largest, most lethal wildfire ever, leaving Butte County ablaze for roughly 17 days. The so-called Camp Fire left 85 people dead at least and thousands of lives changed, but just as many animals were injured, displaced, traumatized, or killed in the fire as well. The survivors required serious care, and that’s where UC Davis’s Veterinary Emergency Response Team (VERT) as well as their coordinator, Hayley Dieckmann, came in. Horses and other livestock were brought to the Butte County Fairgrounds to receive vet care and shelter, with the numbers estimated to be around 700 animals, from chickens to horses to every kind of animal in between.

Part of Dieckmann’s job as VERT coordinator was bringing vet volunteers for aiding in the relief efforts. “The number and variety of animals in need of care was overwhelming, but behind the scenes was a resilient and dedicated group of people, all striving each day to build and run a fully functioning field veterinary hospital and animal shelter, all while a record-breaking fire burned more than 150,000 acres.” Dieckmann and the other volunteers treated countless burns, ranging from mild face and leg burns to more serious ones on large parts of the animals’ bodies. “We treated horses with topical medications, including silver sulfadiazine or Manuka honey, [and] then wrapped with layers of padding and adhesive bandages.”

However, debris and smoke created other health issues too, with many horses requiring treatment for eye ailments from mild discharge to corneal ulcerations. Fortunately, Dieckmann saw no major respiratory problems beyond minor discharge from the nose. She did, however, notice many horses exhibited symptoms of colic, which is common with stressful events or abrupt changes in a horse’s routine—and a wildfire certainly fits the bill. Treating colic calls for extensive monitoring, so a detail-focused team of volunteers ensured each sick animal was observed several times a day to check if their signs worsened. A few horses were eventually sent to UC Davis’s Veterinary Teaching Hospital, but most of the colic cases took minimal intervention, and they settled successfully into their provisional home.

Since the deadly fire, all the horses have recovered since being treated by the animal shelter, which is an incredible feat considering the limited space and supplies, but it’s not so surprising when you remember the number of dedicated vets, vet techs, volunteers, and assistants. Three weeks following the evacuations, just 15 horses were still receiving treatment from the shelter. Most went to temporary caretakers or back to their owners untouched or only lightly burned.

“We interacted daily not only with sick and injured animals,” Dieckmann said, “but also with our community in Butte County that lost so much. I couldn’t be more impressed with my colleagues, as they have shown dedication, empathy, and tireless enthusiasm over the entire duration of our two weeks in Butte County.”