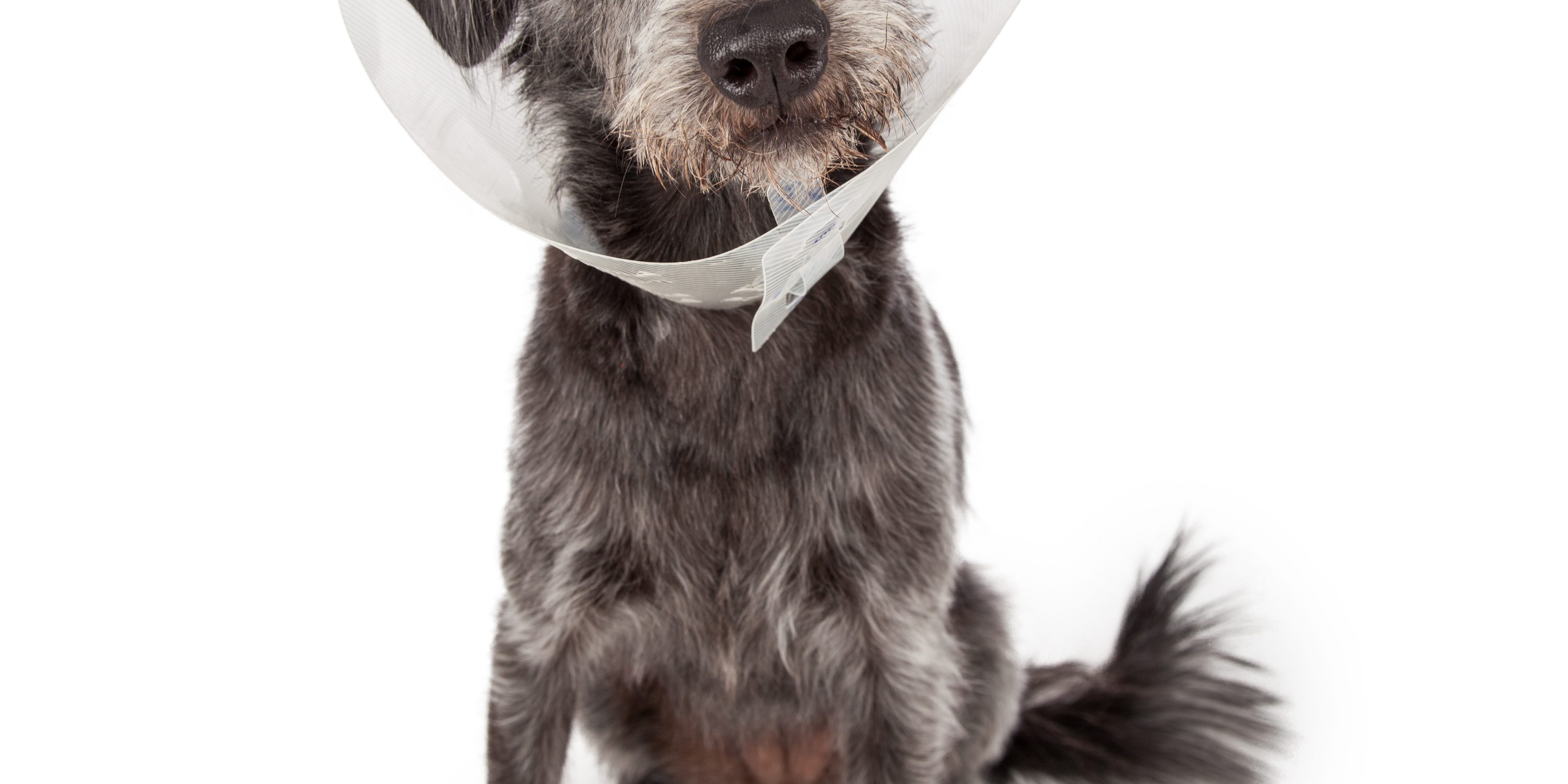 A lucky dog from Blaine, Minnesota is on the road to recovery after a dangerous hunting accident. Blitz, a German wirehaired pointer, was hunting with owner Tim Ramler when the injury occurred, and he was sure Blitz was not going to survive. “I thought for sure the vet would be putting him down.”

While hunting, Ramler shot at a pheasant and Blitz, as he is trained, took off in the direction of the bird to retrieve it. 20 yards into his chase he was injured by a steel fence post that was hidden in the tall grass, sticking out of the ground. The post impaled Blitz and was deeply buried in his chest. “How that dog is still alive, it blows me away,” Ramler said in an interview with Fox9.com.

After the accident, Ramler rushed the dog to Dakota Veterinary Clinic in South Dakota where the duo was hunting. Blitz was given stiches but was then transferred to BluePearl Veterinarian’s Blaine Hospital when his wounds reopened. The good news was that the post had not broken any ribs and had narrowly missed arteries, this according to Dr. Kathryn Kaufman who practices at Blue Pearl.

Blitz, aside from having to wear a large cone on his head, is responding well to the many treatments his is receiving and the veterinary team at BluePearl believe he will make a full recovery. But, aside from using the usual medical procedures used to treat the dog’s injuries, Blitz’s medical team is using another remedy that is out of the ordinary, but is having positive results on his recovery.

“As part of Blitz’s treatment, Kaufman is treating the wound using a type of honey from New Zealand called Manuka honey. Honey has been used for centuries to treat wounds because of its antibacterial properties and also because it contains several growth factors that promote wound healing, […]” BluePearl Veterinarian’s Blaine Hospital explained in a recent press release.

“Blitz will require several days of care in order for the wound to close completely,” the release went on to say. For Ramler, Blitz’s recovery isn’t just important for him, but also his granddaughter. “He’s a true lover,” said Ramler. “This dog goes fishing with me. He’s a buddy.” Ramler’s buddy is on the road to recovery and veterinarians are optimistic he will be out hunting again soon.