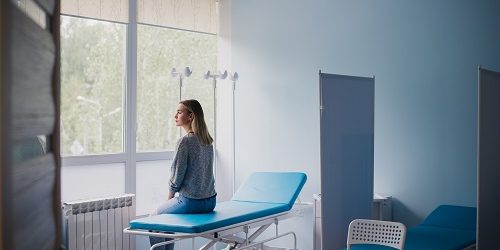 After being in a hospital for almost eight months, a man from north Auckland, New Zealand has a plan for helping hospitals to better feed their patients, specifically through healthier food options. Twenty-nine-year-old Danny Battershill has had severe eczema since childhood and has had many hospital visits since then, including his eight months in several different hospitals last year. Per Battershill, he often received food that would cause his eczema to flare up, such as sugars, gluten, and dairy, and during his most recent, merely 10-day hospital stay, he lost almost 3.5 pounds.

“I’d rather not eat than eat something that’s going to make me flare. They’re completely ignoring the fact that food is medicine,” Battershill said. “A couple of years ago, when I was in hospital, they basically laughed at my notion that Manuka honey could completely heal my condition better than any medicines they could give me. Holistic care is laughed at in hospital medicine. I talk to them about things like garlic and turmeric and all these highly medicinal fruit and vegetables, and they just say, ‘No, we can’t get it for you—bring your own in.'”

According to clinical dietitian and celebrity chef Nadia Lim, hospitals should serve unprocessed, nutritious foods rather than empty, cheap calories. “It’s no surprise that good nutrition helps to speed up recovery and healing. On top of that, it has to actually taste good, so people eat it and it doesn’t get wasted. If people don’t eat, they won’t recover, as simple as that…It would be amazing if hospital and other public facilities could provide a garden-to-plate system.”

With his mind set, Battershill as well as his business by the name of Earthstone Arts came up with the idea of helping hospitals feed their patients more reasonably-priced organic food options, which can be grown and harvested on-site, such as on the roofs via tower gardens and greenhouses. “With this particular system, we can grow over 150 varieties of fruits, vegetables, herbs, and flour,” Battershill said, adding that 7-12 tower gardens for every hospital should be enough, with estimated costs of $15,000-$25,000 per greenhouse.

“We’re a very technologically advanced civilization, and we should be utilizing these particular types of technologies to get us ahead instead of keeping us struggling,” Battershill added. With his friend Bryony Cox helping, Battershill began a petition for getting better food into hospitals, which has around 40 signatures so far. The pair choose to create this petition after receiving results from their online survey, which saw respondents commenting on a lack of fresh fruits and vegetables being served when they were staying in hospitals.

You haven’t tried Manuka honey yet? Don’t you think it’s time? To get your order started, click here. And, remember, we offer FREE shipping on all orders of $150 or more!