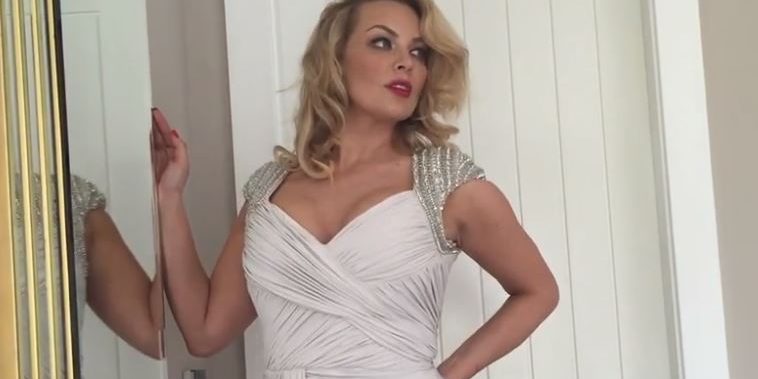 The question of what one does after huge successes in their youth is a tricky one, but not for Gemma Garrett, who was crowned Miss Great Britain as well as Miss Belfast in her 20s. With these early successes fueling her forward, Garrett, 37, has begun a considerable business venture involving the sale of “cruelty-free” products, some of which contain the ever-popular Manuka honey. As a former beauty queen, actress, model, and one-time political candidate, Garrett herself has admitted she has much to be grateful for, especially now as a businesswoman choosing to adhere to a noble cause. “Just listing ten things in my head that I am grateful for helps to set me up for the day and make me feel more positive,” Garrett added.

Given the positivity Garrett currently feels, she’s been pouring all of it into her new business launched in the last few weeks. Buella Life, the online retailer Garret named for her two bulldogs, Stella and Buddy, sells cruelty-free, carefully sourced, and organic luxury beauty products. This is a business she more or less fell into rather than something she planned after she began developing a conscience while working as a make-up artist with a beauty blog. Companies would send her free products hoping she would name-drop them in her blog to her 15,000 followers, but Garrett never felt comfortable endorsing products she wasn’t completely happy with.

“I’ve never taken payment to endorse a product, but when people send you stuff, you do feel obliged to put something up about it,” Garrett said. When describing her current business, she added, “I just thought that I would list all the products I actually do love on a website, and they all happened to be cruelty-free, humanely sourced, and organic. These were all tried and tested by me. I put the website up…and as a result I was approached by the owner of Lumity in London, who asked for a meeting and offered me sole Northern Ireland rights to selling his products. That was the start of the business, and it has grown from there.”

In addition to Lumity skincare items, Garrett also sells Manuka honey beauty products and award-winning Western Australian wine. Admittedly, Garrett says sourcing cruelty-free, natural products can be difficult, which is why her website is so appealing to the masses. Also, despite only selling organic, cruelty-free products, Garrett isn’t going down the animal rights or vegan route. “I think when you get a bit older, you start to think a bit more about where your food and clothes come from…I did go vegetarian for six months last year, but I believe we’re meant to eat meat, although I think it’s an industry now driven by greed.”

Garrett says that many animals suffer due to bad commercial farming practices, so she tries to make good decisions regarding where she buys meat. This all comes from her love and appreciation of animals, and she won’t use animal-tested cosmetics, which can be difficult to find, but, fortunately, per Garrett, many companies are attempting to make serious changes.

Did you know ManukaHoneyUSA sells more than just Manuka honey to consume? To see our full product line of honey products, click here. And, remember, we offer FREE shipping on all orders of $150 or more!