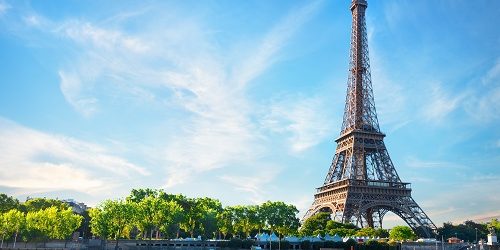 Colony collapse disorder has proven to be a significant challenge for beekeepers all over the world, but France appears to be getting hit especially hard. Over the last two weeks, we have seen reports throughout the United States of massive losses over this past winter, and now France is adding to the numbers.

The honey industry in France has been on the downswing for several years. In 2016, the country produced about half the honey it usually does. Warnings were issued that production in coming years would probably be just as bad, or worse. It now seems as though France is almost in a worst-case-scenario situation.

While other countries in the European Union have also seen declines, only France and Hungary seem to be experiencing this level of damage to their hives. France is currently the fifth largest honey producer in the EU, but that could change when the new numbers are released. Henri Clément, secretary-general for the National Union of French Beekeepers stated, “It’s not only France. My friend is a beekeeper in Italy who told me that in 43 years of professional beekeeping, this is the worst year he’s ever had.”

Prior to recent years, a five percent loss over the winter was the norm for the French. Today, most beekeepers are reporting losses of at least 30 percent. The reason for the big increase? Clément says it is all about climate change. He stated, “We’ve been alarmed for a while now about the impact of climate change. It’s the biggest concern for beekeepers. Earlier this year we had late frosts and winds from the north that dried out flowers, preventing them from producing any nectar.”

The MODEF, a French farming union, added, “The winter was so temperate that the bees had no trouble reproducing, but without flowers or nectar the colonies are rapidly collapsing. In the hives, there is nothing to eat. Beekeepers are having to feed them with syrup because they risk dying from hunger.”

Another reason for the big decline is, of course, pesticides. Like virtually every other country in the world, France is dealing with the harmful effects of pesticides that are wiping out entire bee populations. Frank Aletru, the president of the National Beekeepers Union, stated, “Pesticides, even organic ones, are still pesticides. We need to start relying on sustainable agriculture instead of chemical agriculture.” He added, “We need to remember that the honeybee appeared on Earth about 80 million years ago. The first hominids, three million years ago. Agriculture, eight to ten thousand years ago. And intensive agriculture, 70 years ago. In only 70 years, we have severely altered the landscapes and ecosystems around us.”