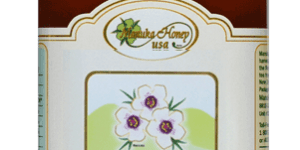 A report was recently published on Healthline.com, a very respected health information website, by Kaitlyn Berkheiser, on the many benefits of Manuka honey. Berkheiser is a registered dietician who received a degree in Nutritional Sciences from Penn State University as well as having done her internship at New York-Presbyterian Hospital, so this is not the opinion of some random blogger but a legitimate report from an educated and respected professional on the benefits of Manuka honey.

Aids in the Healing of Wounds

Due to the proven antibacterial and antioxidant properties of Manuka honey, it has become very popular in the use of treating wounds. According to Berkheiser, the U.S. Food & Drug Administration approved Manuka honey as an option for wound treatment in 2007.

Oral health problems are a significant problem in this country, with the CDC reporting that roughly 50 percent of Americans have a form of periodontal disease. As a way to combat this, honey chews are recommended after meals. One study showed that those that used the honey chews rather than sugarless gum had significantly less plaque and gingival bleeding.

Because Manuka honey is believed to attack harmful bacteria, it is a great alternative treatment for a sore throat. According to Berkheiser’s article, “researchers found a significant decrease in Streptococcus mutans after they consumed Manuka honey.”

Berkheiser admits this may be one area where more study is needed because there are conflicting reports at this time. There have, however, been studies that have shown Manuka honey can help decrease the presence of H. pylori, which has been cited as being responsible for the majority of gastric ulcers. However, since there are some studies reporting no effects, this needs to be further studied.

Some of the symptoms of Irritable Bowel Syndrome are abdominal pain, irregular bowel movements, constipation, and diarrhea. Various strains responsible for IBS have been proven to be decreased when Manuka honey is also consumed.

By no means is Manuka honey believed to be a cure or treatment for this disease, but some of the symptoms of this disease have been successfully treated and/or reduced with Manuka honey, such as upper respiratory infections.

Once again, the antibacterial properties of Manuka honey are well-documented in this area. Additionally, the anti-inflammatory properties can help reduce the redness of the skin commonly associated with this skin condition.

To read Berkheiser’s full report on Healthline.com, click here. If you would like to try Manuka honey, click here. And, remember, we offer FREE shipping on all orders of $150 or more.

Raw Honey Hacks You Probably Never Heard of Before
February 13, 2020